It was about being bold and brave. About potential and the future. About a more equal and caring society. Above all it was a message of hope to young people and ordinary New Zealanders, a vision of sharing the economic wealth and fixing the parts that are broken.

That was the speech Jacinda Ardern delivered with warmth, humour and style to a packed-out campaign launch at the Auckland Town Hall on Sunday.

She referred to her maiden speech to Parliament in 2008.

“Sometimes there are words that you want to haunt you again and again, to remind you why you are there,” she said. “Because sometimes they are not just words – they’re convictions, they are experiences, they are faces and they are stories.”

She mentioned her childhood growing up in Murupara and living in a small grey-brick house.

“When you’re a child you remember the little things – the kids who didn’t have shoes, even in winter when the puddles would ice over. And people who had lost their job, and their hope

“But I was young. This was not the place or moment I was politicised. It was the moment I empathised.

“And that is ultimately what I see as the foundation for what we should be doing. Understanding the issues people in our communities face, and never being satisfied that things are the way they are and can’t be changed or made better.”

Labour Prime Minister Norman Kirk died six years before she was born and the first she knew of him was that his death had made her father cry.

“That was enough for me to know he was special,” she said, saying there was a picture of him on her wall, a newspaper clipping from the Te Aroha News, with a neatly dressed woman beside him, the secretary of the Piako Labour Electorate Committee – her Nana.

“I was 12 years old when my Nana died. I was too young to have ever talked to her about politics,” she told the crowd. “So instead that clipping is a reminder to me – a reminder that MPs come and go, leaders come and go, and all we can do is make sure we leave something good behind.

“That means taking on the hard issues, thinking not just about the next three years but the next 10. It means being bold and brave.”

It had, she said, always been Labour governments that confronted New Zealand’s challenges, which hadn’t been afraid of standing up, or doing things differently.

“For me it is simple. I want to build a country where every child grows up free from poverty and is filled with hope and opportunity.

“Kiwis know we have an economy some would argue compares well internationally and we’re told people want predictability and certainty.

“But the gap between rich and poor is just getting more and more entrenched. We know we have homelessness, that there are people living in cars who can’t afford increasing rents.

“We have infrastructure in our cities that cannot keep up with demand while our regions look for job opportunities that will make their young people stay.

“Well, now we stand up. We do what we have done before. We refuse to accept the status quo, the idea that things can’t be improved, that we have no choice.

“We have choice, and we can choose better.”

Ms Ardern said she would never question the importance of a strong economy but she would always maintain that a successful economy was one that served its people, not the other way around.

“I want economic success to feel real for all New Zealanders.

“That is why the markers of success have to change. I am starting with kids.

“Under Labour we will change the Public Finance Act so that every budget you will hear about how many kids we have lifted out of poverty. We will do the same on challenges we have postponed for too long and that includes the environment and climate change.”

Turning to education she said it was a great leveller and part of what had made the fair society.

“But I would go further. Education is a public good – and that’s why it should be free.”

Climate change was the issue that defined her generation, she told the crowd.

“There will be some who say we are too small, that pollution and climate change are the price of progress.

“They are wrong. We will take climate change seriously because my Government will be driven by principle, not expediency. This is my generation’s nuclear free moment.” 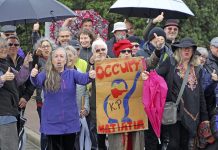 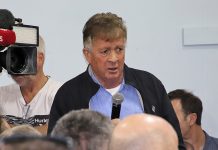 Cr Mike Lee: Super city ‘the worst thing that has ever happened to Auckland’ 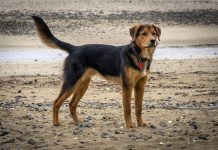