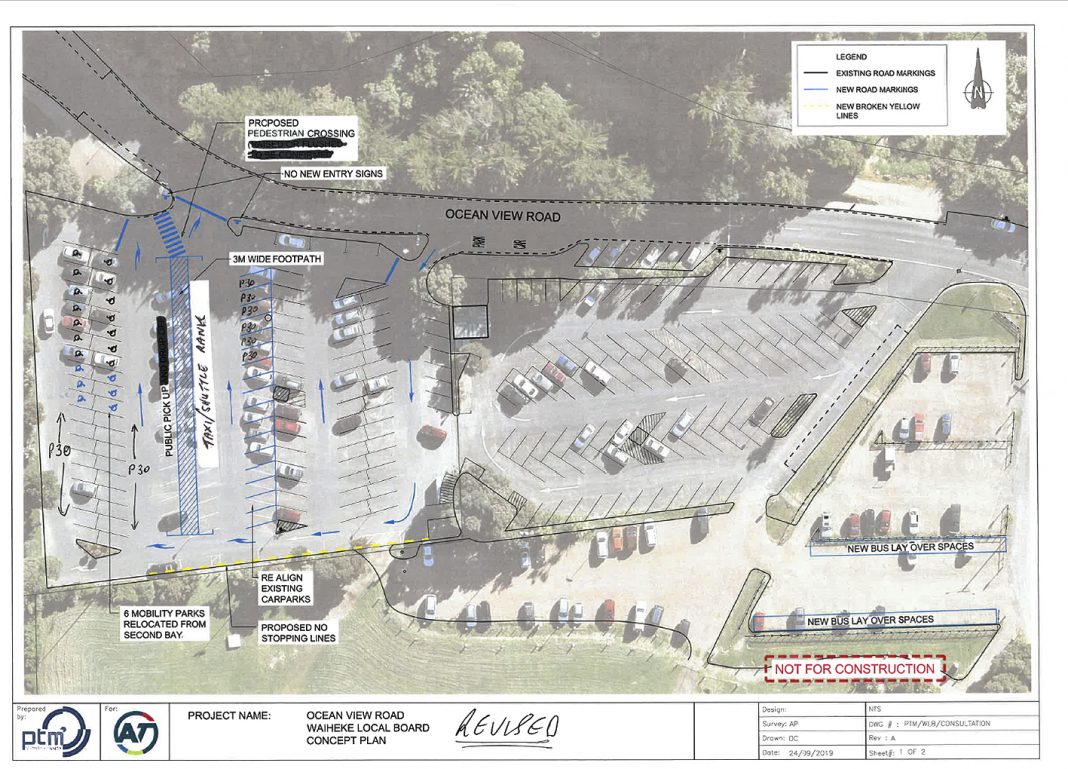 Organisers of a petition to overturn the Matiatia keyhole trial claimed victory following a packed local board meeting last week.

The petition had already done its job by the time last Thursday’s meeting was held to deal with what board chairperson Cath Handley called “an urgent matter for the people of Waiheke” and the 35-or-so residents present heard a revised plan to improve congestion and safety around the ferry terminal.

The petition, developed by Meredith Bean expressed dissatisfaction with original plans, which “prioritised tourists and Fullers over locals”. The board couldn’t ignore the 1043-signature call for change and the revised plan was developed at an urgent private meeting with AT on Monday 7 October. • Sophie Boladeras