Home Events It takes an island to make an album 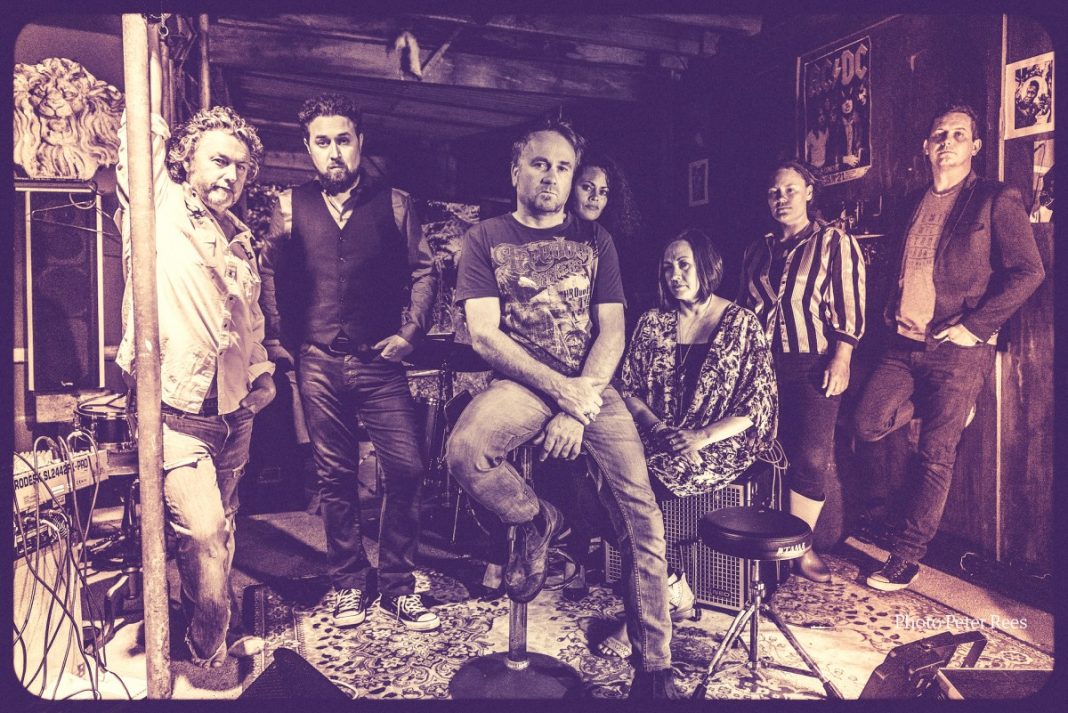 Island rock band Aaron Carpenter and the Revelators are well on their way to completing their debut album.
“The problem is, it’s not finished, and we need your help,” says frontman Aaron Carpenter. “It’s recorded, but we need to pay for mixing, mastering, and promotion.”
In order to deliver the album to the highest sonic quality and give it an international edge, the band is hosting an album fundraiser on Saturday 1 October at the Ostend Sports Club on The Causeway.

The band will be joined by Harry Lyon, co-founder of Hello Sailor, and Aaron promises another great act, which they’ll announce closer to the event.
“The night will feature the full seven-piece band and our entire catalogue of songs, including a few new ones that you haven’t heard yet,” says Aaron.
The album is currently being mixed by Nick Abbott (The Datsuns, Goldenhorse) after his recent return from LA.
Colin Morris of the Dominion Post called it the most anticipated record of 2016 and gave the band’s EP, a precursor to the full album, five stars, dubbing it “brash, illuminating and authentic”.
All proceeds from the door will go toward the mixing of the album to completion, and the mastering costs associated with post-production, plus the subsequent cost of promotion any independent band must undertake upon release.
Specially formed for the Matiatia – Let It Be concert at Pie Melon Bay in 2014, the band still rehearse in an old barn on property owned by Bruce Plested. Aaron says the barn itself played a major part during recording, and half the band’s songs were written there.
“I feel I’ve played at just about every fundraiser that’s been held on this island except one for myself, so it’s time to tick this off!
“It would be great to see you all and have your support, so we can get this record finished and out in the big wide world.”
Tickets are available now at the special early-bird price of $20 from Under The Radar, and numbers are limited, so get in quick.
For more details visit http://www.undertheradar.co.nz/gig/51508/Aaron-Carpenter-and-The-Revelators-Album-Fundraiser-Show.utr • Bryony Cole