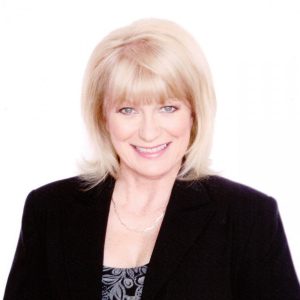 Pop royalty Suzanne Lynch visits Waiheke this Saturday for a night of classic hits and rock and roll.

Having spent her teenage years on prime-time screens as the blonde half of 60s band The Chicks, Suzanne Lynch then travelled the world to sing with stars like Cat Stevens, Charles Aznavour, Olivia Newton-John, Neal Sedaka and Chris De Burgh.

Her successful solo career includes television, recordings and touring, plus accolades such as the New Zealand Entertainer of the Year 1971 award. She was appointed a Member of the New Zealand Order of Merit for services to entertainment in 2001 and received the coveted Benny Award in 2008 from the Variety Artists Club of New Zealand.

“We have a lovely clubhouse, and we want to make more use of it,” secretary Sherri Hinch, says. “We’re not just a bowling club, we’re also a social club. People don’t have to be bowlers to come here; they can also come for the camaraderie and the food.

“There’s also darts, pool and poker machines if you fancy a gamble.”

This is the club’s fourth concert in a programme that continues through winter. Though the bowling season concludes at the end of this month, social events will continue until the new season starts in September.

Suzanne Lynch, with drummer Bryan Harris and bassist Jack Stradwick, will perform at Waiheke Bowling and Cosmopolitan Club this Saturday 13 May at 7.30pm. Tickets are $20 and doors and restaurant will open at 6pm. Book with Marg on 021 771 132, at the clubhouse or at the door on the evening, if available. • Emma Haas