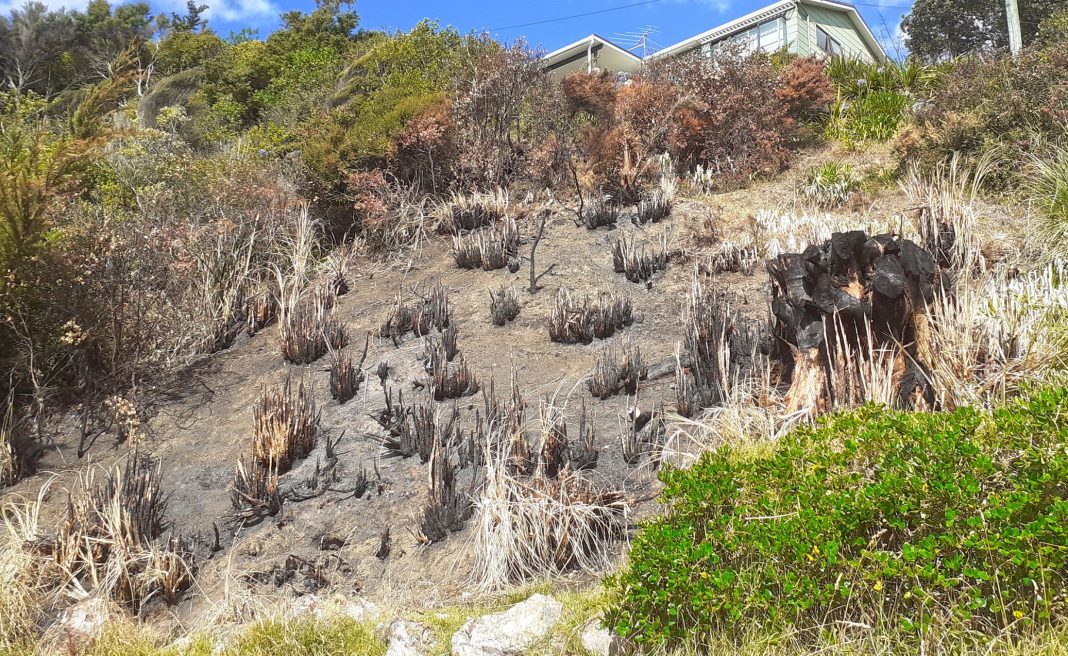 Illegal fireworks which caused a New Year’s Eve scrub fire by Little Oneroa beach came within metres and minutes of burning a home, firefighters have warned.

Three fire trucks and a water storage tanker were called out to the blaze at the popular destination and it took 12,000 litres of water to extinguish it.

The island has reverberated most evenings since Christmas to the sounds and flashes of fireworks despite Waiheke being under a total fire ban.

And deputy fire chief Patrick Kilkelly said that although the Little O blaze was quickly brought under control, it had clearly been caused by fireworks set off on the beach shot off  at a bad angle setting fire to bush on the bank. He reminded residents and holidaymakers that there is a total fire ban on Waiheke and the Hauraki Gulf Islands.

“A total fire ban means anything that can cause a fire, including fireworks. • Liza Hamilton