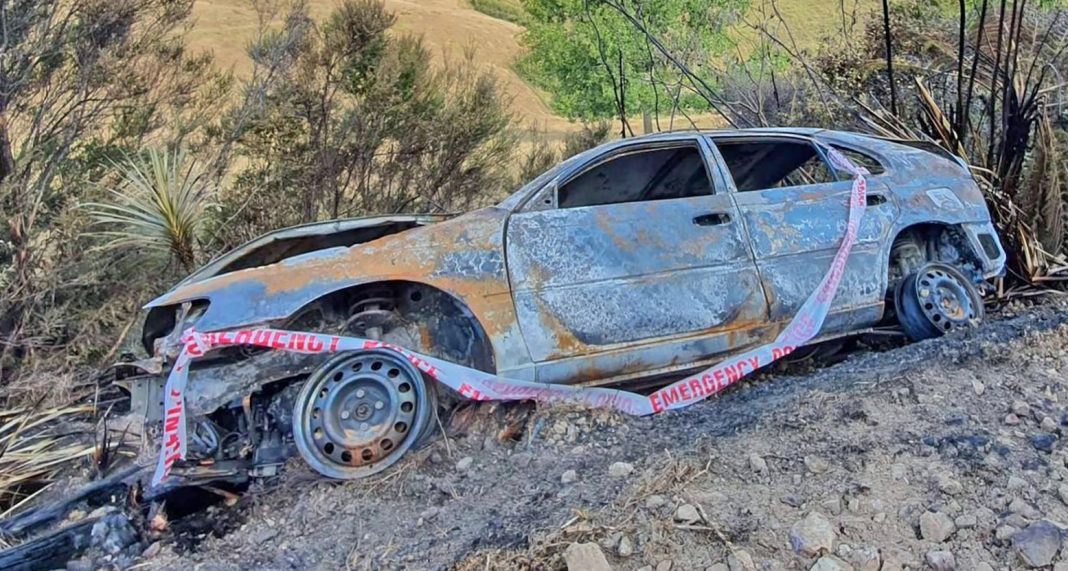 Investigations are under way after a stolen vehicle was discovered engulfed in flames near Waiheke Road. A Toyota Corolla was reported stolen on Sunday 31 January, after a vineyard worker at Stonyridge returned to the car park to find his vehicle missing.

Stonyridge general manager Charl Van Wyk says the employee had hidden his keys inside his car. Mr Van Wyk says CCTV operates in the vineyard’s main parking area, but the employee was parked further away out of range of the camera’s scope.

Police were alerted and began looking into the incident. Soon after, at 2am on Monday morning, firefighters and police were called to a fire near Waiheke Road in Onetangi. They discovered the stolen Corolla ablaze along with some of the surrounding scrub.

Deputy fire chief Patrick Kilkelly says no one was on the scene when the firefighters arrived.

“It’s possible the fire was deliberately lit. The car was gutted by the flames and only its shell remains.”

Fire and Emergency services spent more than an hour putting out the fire and dampening down the scrub. • Sophie Boladeras