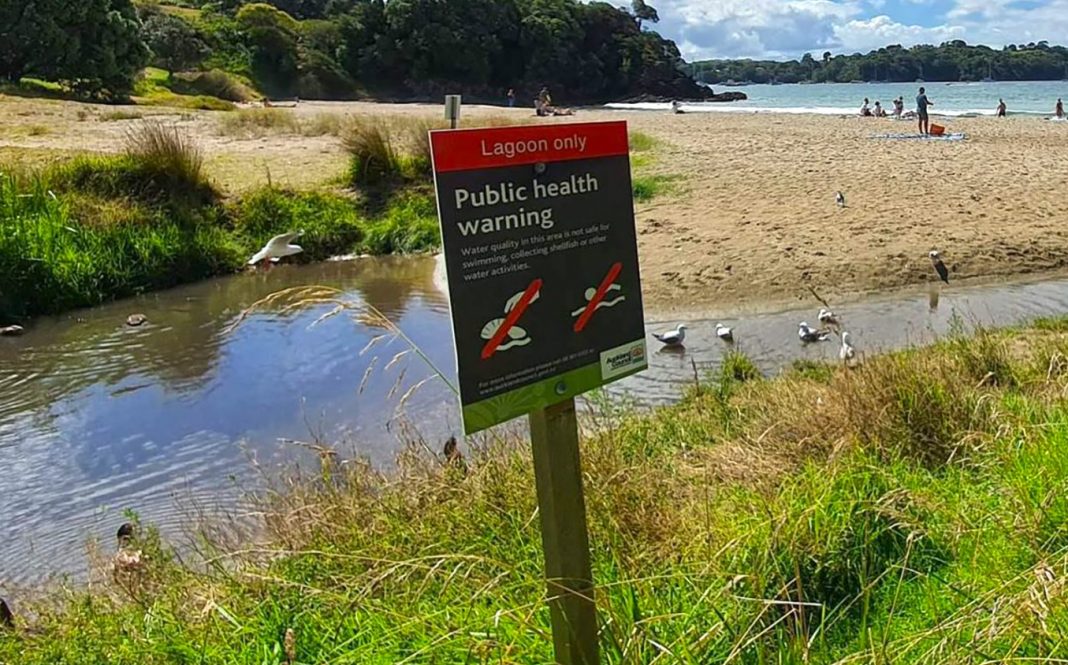 Before donning their togs, residents and visitors alike might like to do a little research to ensure they know what they’re swimming in this summer. Many beaches in the Auckland region are regularly deemed unsafe for swimming due to high levels of contamination – including Waiheke’s popular Little O lagoon – and this number swells after a heavy downpour.

This month, Gulf News heard reports of a septic-smelling stream at one end of Onetangi beach, as well as concerns around discoloured ocean water at Palm Beach.

In the first week of January, one beach-goer noted “bright yellow water in the waves and brown bubbles on the surface”. She says she’s worried this could have come from recreational boat users.

Local board deputy chairperson Bob Upchurch is also concerned about boaties flushing their waste into the ocean.

“It’s likely a number of boats moored in Oneroa Bay are flushing into the sea, very few have holding tanks and the way the water swirls around in that bay is a problem.”

There’s nowhere on Waiheke for vessels to pump out, and Mr Upchurch says the board has advocated for pump-out facilities at Matiatia, “but there is the matter of disposing of the stuff once it comes onshore and whose budget that comes out of”.

Waiheke beach and lagoon water is being tested weekly from January to April, and council staff say people should check the Safeswim website for updates, particularly after rainfall.  • Sophie Boladeras