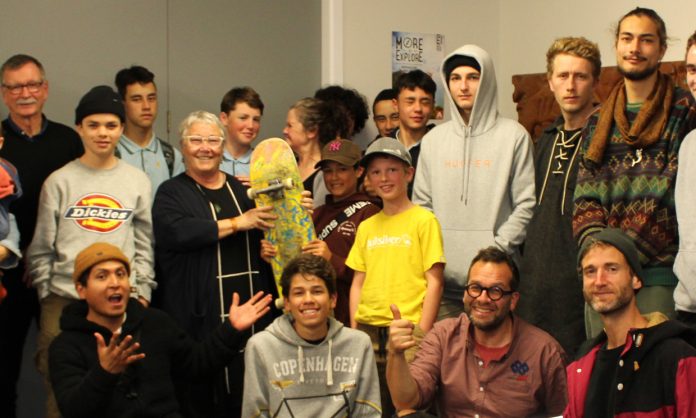 Skateboarders filed into Waiheke’s Local Board office last week to lobby for some last-minute changes to plans for the island’s new $350,000 skatepark.

Under the auspices of Waiheke Island Skateboarder Action Group, the skaters outlined design modifications they want to get over the line before work starts in a few months.

Sweeping budget cuts mean many planned projects on the island are under threat, but officials say the skatepark revamp has been contracted and remains on track as part of an extensive $850,000 redevelopment at Tawaipareira Reserve, which includes a new playground, basketball courts and walk/cycling trails.

In an example of democracy in action, the skaters voiced opinions on the usability of the design and made suggestions to better suit the needs of the group, maintaining it should be aimed at beginner and intermediate users.

As a result of the meeting, the board agreed to organise a meet with a small group of skaters and design group, Rich Landscapes. The skaters were asked to agree to their top priorities for change and the board said it would look at how to fund this additional consultation. The board will then look at balancing priorities and consider where additional funds could be found. • Liza Hamilton

Full story in this week’s Gulf New’s… Out Now!!!