Two floods caused more than $30,000 of damage at Kaleidoscope’s Tahi Road studio over recent weeks, but about 40 performers still managed to put on dazzling shows with Waiheke Choral Society last Friday and Saturday.

The performers had nowhere to rehearse after about 90 centimetres of filthy floodwater saturated the building Kaleidoscope leases last month. A second, slightly less severe flood caused further damage last week to the studio, next to Only Water and Tawaipareira Creek.

Blackwater destroyed about $10,000 worth of mats and the floor had to be ripped up and replaced after the first flood, only to be damaged again in the second deluge. Cupboards, a fridge and costumes were also ruined and the group did not have insurance, Kathy says.
Some parents pitched in to help clean up, but the group is still struggling to repair the damage – and worried about predictions of further downpours.

“We’re reeling pretty badly from the floods. It’s a terrible situation and the council has a lot to answer for.”

Kaleidoscope’s performers proved they have learned to be adaptable and to improvise, putting the finishing touches to the show with a few rehearsals at Te Huruhi Primary School hall.

“Everyone pulled together and we just did it on the fly. They have got good skills and they know if anything goes wrong, just to carry on.”

The show last weekend brought together Waiheke performers aged between eight and 98, as Kaleidoscope’s youngsters sang and danced alongside the choral society’s young and elderly singers.

The seed for the three shows was planted about 20 years ago, when Kathy saw the choral society perform Carmina Burana. She and musical director Richard Melville declared they would one day put on a combined production of Carl Orf’s masterpiece.

“It was great to bring together the different age groups,” Kathy says. “The kids started out thinking it was weird music, but by the time they had finished they had learned to sing in Latin and German and had so much fun.”

Kaleidoscope is seeking donations and help to recover from the floods – contact Kathy on 021 107 0529 or email waiheke.kaleidoscope@gmail.com. • Rose Davis 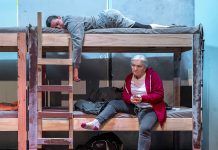 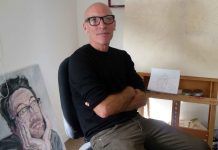