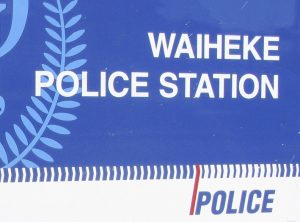 Former Waiheke volunteer Brad Bowers has pleaded guilty to eight charges of exposing a young person to indecent material.
The 28-year-old was convicted of the eight offences in Christchurch District Court on Tuesday.
He has been remanded in custody for sentencing on 1 November.
Bowers did not enter a plea to one charge of exposing a young person to indecent material and one charge of theft of more than $1000.
On these two charges, he was remanded in custody to appear on 3 October.
Bowers was arrested on 24 August on Waiheke, where he had volunteered under the name Cody Harris at Artworks Theatre and for Kaleidoscope Performance.
He had failed to appear in court in Christchurch in March and had been on the island since June.
No charges have been laid in relation to Bowers’ time on Waiheke. • Rose Davis