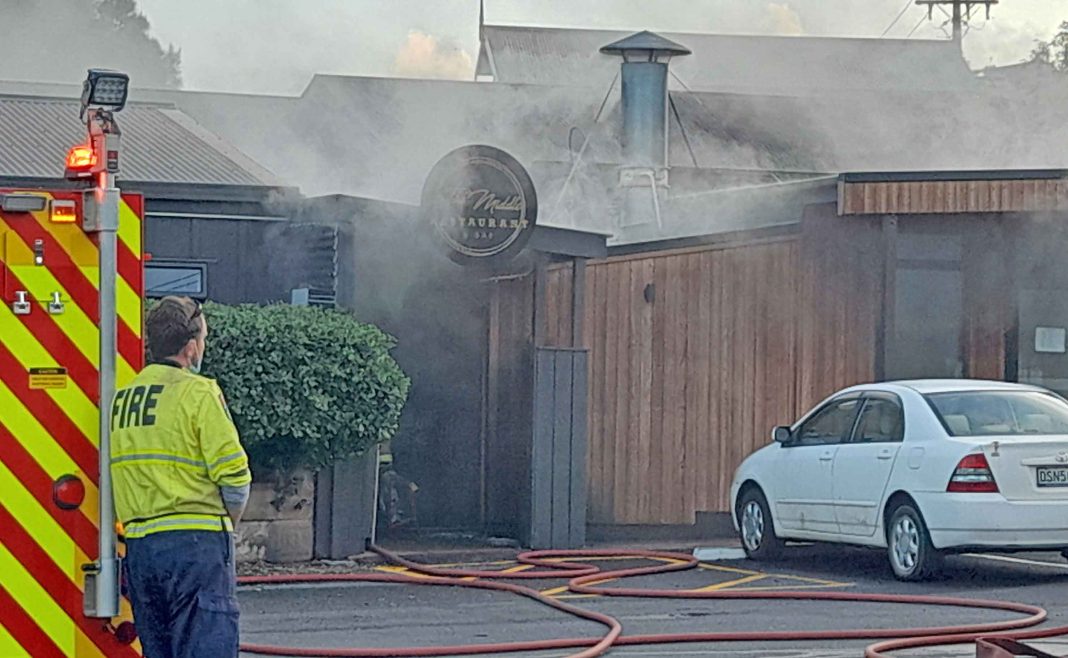 The Waiheke Volunteer Fire Brigade was called out to The Middle Restaurant and Bar on Hamilton Road, Surdale, at 4.20pm on Monday after receiving reports of smoke coming from the building. Two fire trucks and a water tanker responded to the callout.
Station Officer Cody Philcox says an electrical fire had been burning in the kitchen for over an hour before anyone called it in.

The fire was venting through the fireplace chimney and, on most days, anyone who saw it might have assumed the restaurant staff were just cooking pizzas. But it was a public holiday and The Middle is closed on Mondays so it eventually triggered suspicions something was wrong.

Thankfully that was enough warning for fire fighters to stop the blaze spreading far, Cody says. “It could have been a lot worse. If it had been just another half-an-hour…”

As it was, the kitchen was filled with smoke when firefighters arrived and it was so thick they couldn’t see anything clearly.

Cody says the brigade had to use a thermal imaging camera to find the fire itself – which allowed them to keep water damage to a minimum, and restrict it to one area of the kitchen. The fire brigade put the fire out, made sure there would be no more flare-ups and left The Middle just before 6pm. • Paul Mitchell