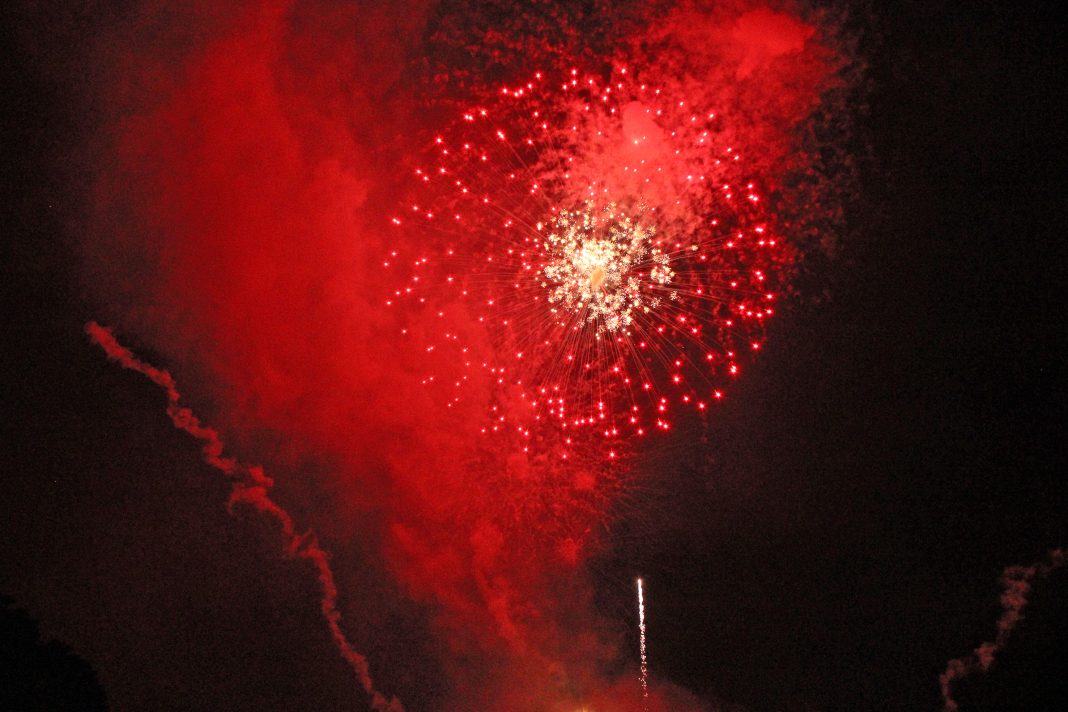 An estimated 1500 people headed down to the Waiheke Dirt Track Club on Friday for their fireworks evening.

The event was a resounding hit with organisers attributing much of the success to the great turn out and welcoming atmosphere.

“I think with Covid and all that, people were keen to get out and have a good evening,” Bruce ‘Slick’ Beaumont, secretary of the Waiheke Dirt Track Club said.

“It was more than successful,” he says, “It had a real positive atmosphere. There were no incidents or anything like that.”

With many children in attendance, having plenty for them to do while they waited for it to get dark played a big part in making the evening a triumph. Firefighting demonstrations and classic sack and egg-and-spoon races went down a treat and kept the youngsters entertained before the main event.

“Those sorts of traditional games kind of took us back to our roots,” says Slick, “In the early days we always had them. Having those sorts of things for the kids is a must.”

Although there continues to be discussion about the pros and cons of fireworks, there is something to be said for having one defined community event, say organisers.

Slick says having a singular event is more beneficial for the environment and the community than individuals letting of their own fireworks. “Rob Marshall and I were the two who really pushed for it, I have to give a mention to Rob.”

Through the fundraising support, the event received from the community and a grant generously provided by the Waiheke Local Board, there are hopes the event will be back on the calendar again next year. • Will Toogood