Many people think of the Red Cross as they would a fire extinguisher – glad to know it’s there, but hoping they personally will never need to use it.

The Red Cross is well-known for being there in times of war and civil disasters, such as the Christchurch earthquakes, but it is the regular, smaller scale acts of kindness that are often overlooked.

The international charity was formed around 1860 in response to the horrors of the battlefield and the untreated suffering of wounded soldiers. The Waiheke branch is part of the global network. Long established on a prime site at the corner of Oceanview Road and Tui Street in Oneroa village, it is easy to take for granted the organisation’s presence and the many vital contributions the dedicated team of volunteers makes to every day life on the island and elsewhere.

Once such contribution is the meals on wheels service, led by Kitty Turai. She and other committee members are justifiably proud of the 400 meals delivered by some 40 volunteers to those in need in July.

Most other centres deliver frozen pre-cooked meals but Waihekeans enjoy hot meals made under contract by Food Mechanix at the Waiheke Bowling Club. For meal delivery purposes, the island is divided into three zones, called the Waldorf, the Ritz and the Savoy.

Increasingly the charity is helping cover the basic living costs of families and seasonal workers on the island who struggle due to accommodation costs increasing and low income levels remaining static. Food vouchers are distributed every month to those in need, through the Waiheke Budgeting Service, and returned by supplying retailers for payment.

Individual families with few possessions receive household items as basic as pots and pans, cutlery and crockery, bedding and furniture to get started or re-started after setbacks such as house fires. “Last [financial] year we helped seven families but there have been five families already this year,” says president Laurie Leonard.

The branch has developed a Waiheke-specific mini assistance package for struggling island residents who need to leave the island for hospital care. Called The Doctor’s Wallet, it is a return ferry ticket and $10 cash so a patient can get back to the island and have something to buy food with while away. Fullers help with a 50 percent reduction on the fare. The island’s doctors are supplied with the wallets to issue at their discretion.

Another community initiative is the lending library that has books and jigsaw puzzles. The branch also works closely with the Waiheke Island Supported Homes Trust, whose residents volunteer to run the tea bar at the Oneroa Centre. “They see it like a little business. It gives them an interest in life and they come in for a couple of hours at a time,” says Laurie.

The centre is the heart of the branch’s operations. Originally the village cinema, it was acquired by public donations around 1970 when the island’s permanent population was just 2,000. A plaque installed after the transfer proclaims “This building is for the enjoyment of the people of Waiheke”.

The centre generates income for the charity from short term hire to yoga and Scottish dancing classes and indoor bowls, and rental from the lease of the downstairs area to the Oneroa Accident and Medical Centre.

The op shop downstairs on Tui Street, operated by committee members Maureen Algar, Dolly Elliot and Gael Salmon, generates a profit while providing low cost items to the public. Dolly initiated listings on Trade Me of more valuable donated pieces to get a better return for the branch, a move that has lifted revenues.

Unfortunately not everyone respects the work of the organisation. Clearly unsaleable items, including broken sofas and other large items, are often left in the dead of night by the op shop door, putting the volunteers to effort and expense in getting rid of it.

The branch has plans in place for a major disaster. “We practice emergency preparedness and would open the building as a welfare centre in a civil defence emergency, as we did during the autumn flooding” says Laurie. Having the medical practice within the building is a sound contingency for a crisis.

The centre is a well-managed resource under the guidance of custodian Duncan Quin. The branch spent around $60,000 recently in an electricity upgrade and earlier this year a new kitchen, funded by a bequest from the Pat Nelson Estate, was opened upstairs next to the function hire space.

But the entirely volunteer-run branch has its challenges too. All activities are driven off an island membership base of just 68 people who pay a nominal $5 annual membership fee. “It’s been $5 for as long as I can remember,” says Laurie. Some other non-members assist, especially with the meals on wheels deliveries.

As is the case with so many charities, there is a constant need for more helpers. Most active members are retirees so succession planning and rejuvenation are essential if Waiheke Red Cross is to continue to deliver so many community benefits into the future.
Committee member Claire Tonkin would be delighted to hear from anyone willing to help share the load and make a difference. She can be contacted on 372 8721.
• Rob Brennan 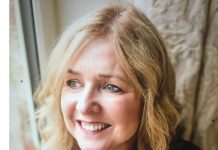