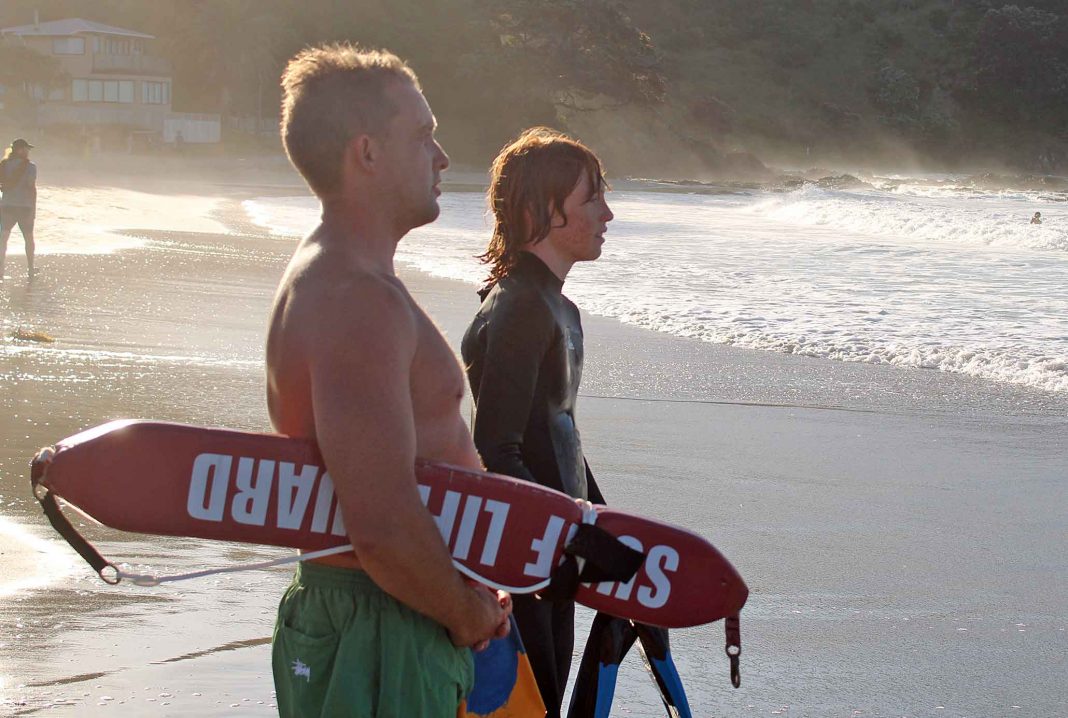 Practice suddenly got real for a group of Waiheke trainee lifeguards, when a surfer and a young boy got caught in a rip.

Last Wednesday was the last class of the year for lifeguard instructor John Bassett and  his four new students, who were joined by two teenagers doing a refresher course at Palm Beach. Waiheke High School student Adam Stinton, 15, certainly didn’t expect it would be they day he made his first rescue as a lifeguard.

Adam said he was bodysurfing with the four new trainees, practising swimming with a rescue floatation tube, when he heard Bassett calling his name.

It sounded urgent but he was confused because he couldn’t see anything wrong.

“So I swam towards [the noise] and when I got over the waves, I saw John towing a boy.”

The boy was no older than 10, and was swept out past the breakers by a rip. A surfer tried to rescue him, but couldn’t get him to shore. Basset saw them in trouble, took the boy, and yelled for Adam and the floatation tube. At first, the younger lifeguard thought it was just a surprise training exercise.

“Then I heard how aggressively John was calling for the tube and knew it was real,” he said.

Once they got the boy back to the shallows, Bassett signalled the other trainees back to shore.

None had realised what was happening.

“Unless someone needs resuscitation, it’s really hard to notice one happening.”

Although it was a routine rescue, it illustrated why he and Surf Life Saving New Zealand were trying to establish regular patrols on Waiheke.

“It was very dangerous that day… if we weren’t there, it could easily have spiralled out of control.”

Bassett said he spotted at least three rips that evening. One of them was strong enough to drag the class 50 metres down the beach within minutes of getting in the water.

Adam did well in tough conditions, considering his inexperience, and Bassett was proud of him. • Paul  Mitchell