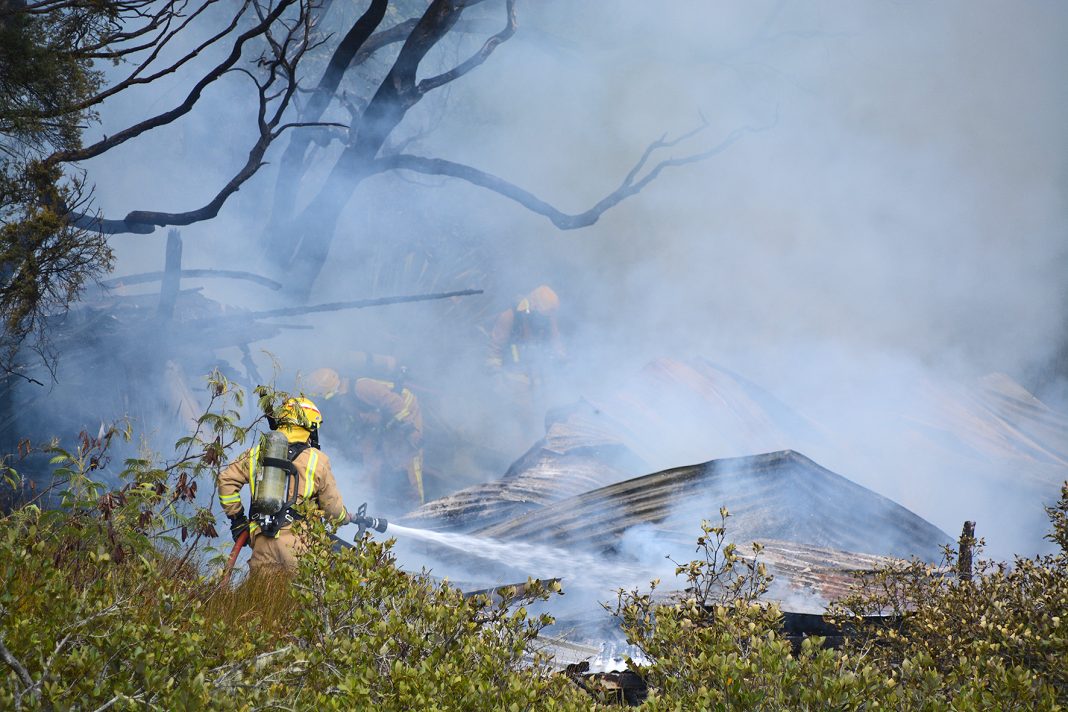 A towering plume of smoke billowed above O’Brien Road adjacent to Rangihoua Onetangi Sports Park last week. The result of a workshop blaze that fire crew say was likely an electrical fire, the smoke continued for hours attracting onlookers who lined the road above Anzac Bay’s Okahuiti Creek where several houseboats are located.

First on the scene, deputy fire chief Patrick Kilkelly says the large 18-metre by five-metre floating boat that caught alight was being used as a workshop by a local boat builder.

“One of our young firefighters ran down the bank to the floating workshop to make sure no one was inside. All of the neighbouring houseboat owners self-evacuated. There was a lot of smoke and flames, and lots of plywood and boat resin meaning there was a lot of flammable material.”

Mr Kilkelly says the workshop owner, Michael Knuckey, was doing some electrical work with power tools before he left his premises earlier in the morning. The floating workshop was completely decimated, also damaged in the fire was a classic 116-year-old mullet boat that the owner was planning to restore.

Full story in this week’s Gulf News…. out Now!!!