The Surprising Science of Large-Scale Collective Action is the subtitle of journalist, researcher and author Max Rashbrooke’s 2018 Government for the Public Good.
Nominations for positions on Waiheke’s local board, city council and mayor close next week and, with the island at a crossroads for its future development and a city governance hubris, I thumbed again through this farsighted dissection of real and perceived futures for democracy.

Without emphasis, Rashbrooke argues for a more fluid version of government revolving around participation, the idea that citizens should directly influence or even control key decisions, and deliberation, in which people confront the evidence and listen to the logic and life experience of others.

The aim, he says, quoting deliberative expert Claudia Chwalisz, is “to leverage the wisdom of ordinary citizens to make well-crafted policies that the public supports”, leaving politicians and officials with central roles but a far less perfunctory relationship to citizens.
It addresses the vacuum left by the strident theologies of capitalism that all politicians are untrustworthy and it’s probably better not to deign a vote to any of them.

But we, and particularly in Auckland, have lacked leaders for a long time, leaving too much power to be aggregated to the bureaucracy and the influencers they recognise.
Rashbrooke, however, argues for “citizen competence” and for the intelligent outcomes in parts of the world when “mini forums” of up to 100 citizens drawn from every local demographic are trained, informed by experts and set to a process of participation and deliberation on even complex issues.

Since we all have brains and aspirations and two heads were always considered better than one, it makes sense that we harvest the intellectual power of all citizens to our advantage. It’s a concept that Waiheke has often espoused. We convene in homes and draughty halls, set up websites, do the maths, make official information requests and collectively explore issues from climate change to water quality; from Zero Waste to sustainable tourism and from cloth shopping bags and Gulf conservation to geopolitics and minority rights.
Of course, it goes down like a lead balloon with council officials who long ago learned the value of centralisation, selective information and the art of reducing consultation to submission and downright manipulation. 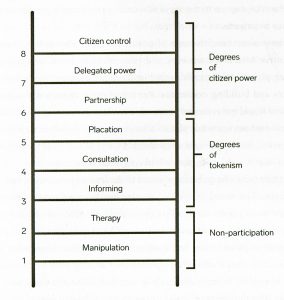 And, unfortunately, we may well, at this particular time and electoral cycle, be in a state of oxygen starvation.

“Consultation”, aka the nauseous “have your say”, is flying thick and fast in the Belgium Street offices. Climate change, transport, the inner city under thick orange plastic, the harbour choking desperately, a mini 10-year plan, behind-closed-doors workshops for the local board and a raft of other agendas appear and disappear like chimera we will later have to battle or swallow as collateral damage.

If you want to save Matiatia’s historic (but, according to the Waiheke board chair Cath Handley, near derelict) Alison homestead, the Te Huruhi Reserve at Blackpool or the last vestiges of free parking at Matiatia, look up Waiheke Local Board agendas and then check out the “workshops”.

Vastly expensive wastewater reticulation for Waiheke lurked there only a few months ago and this may be a very pivotal election.

We live on an island where one well-resourced citizen has just successfully made a lucrative fill site and now a private transport depot on high visual amenity coastal land while, elsewhere on the demographic scale, the time and heaping costs of building consents for rank-and-file citizens frequently exceed the cost of the most minor piece of building work.

Robust debate will be necessary and I have always been with Hitchhikers’ Guide to the Galaxy author Douglas Adams on the issue of picking leaders. The one who least wants the kudos will often do the best job. Self-selection, when it comes to elected representation, is not a great recommendation.

Better that we all have a round of mini-forums around our dinner tables and choose from our friends and colleagues those who best listen as well as talk. Those who can keep a level head, have histories of working well on thriving committees and whose mindset we know to be inclusive rather than tribal will stand out. • Liz Waters

Mayor slaps down motion to save reserves