Developer of Kennedy Point Marina, Kennedy Point Boatharbour Limited last week was successful in an application to the High Court for an injuction against 32 people and “persons unknown”.

Justice Wylie granted an interim injunction to KPBL on Thursday 4 November, having considered the request on a without notice basis, meaning the people included in the injunction were not notified of the application and only found out when they were served legal documents on Tuesday this week.

In his decision, Justice Wylie states that KPBL said there was an urgent need to have the matter resolved before the Auckland region moved into less stringent Covid-19 restrictions allowing 25 people from multiple households to gather, which would “enable protestors to gather for the purposes of disrupting the current and ongoing construction of the marina”.

Many, but not all, of the 32 people listed in the order are associated with Protect Pūtiki, the group that has been protesting the construction since March. Several people have been identified by only a first name, with photographs of them included in the court order to identify them.

Get a Gulf News today for the full story! 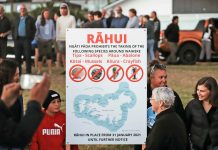 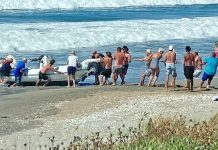 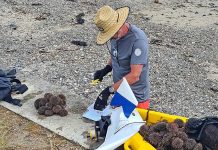