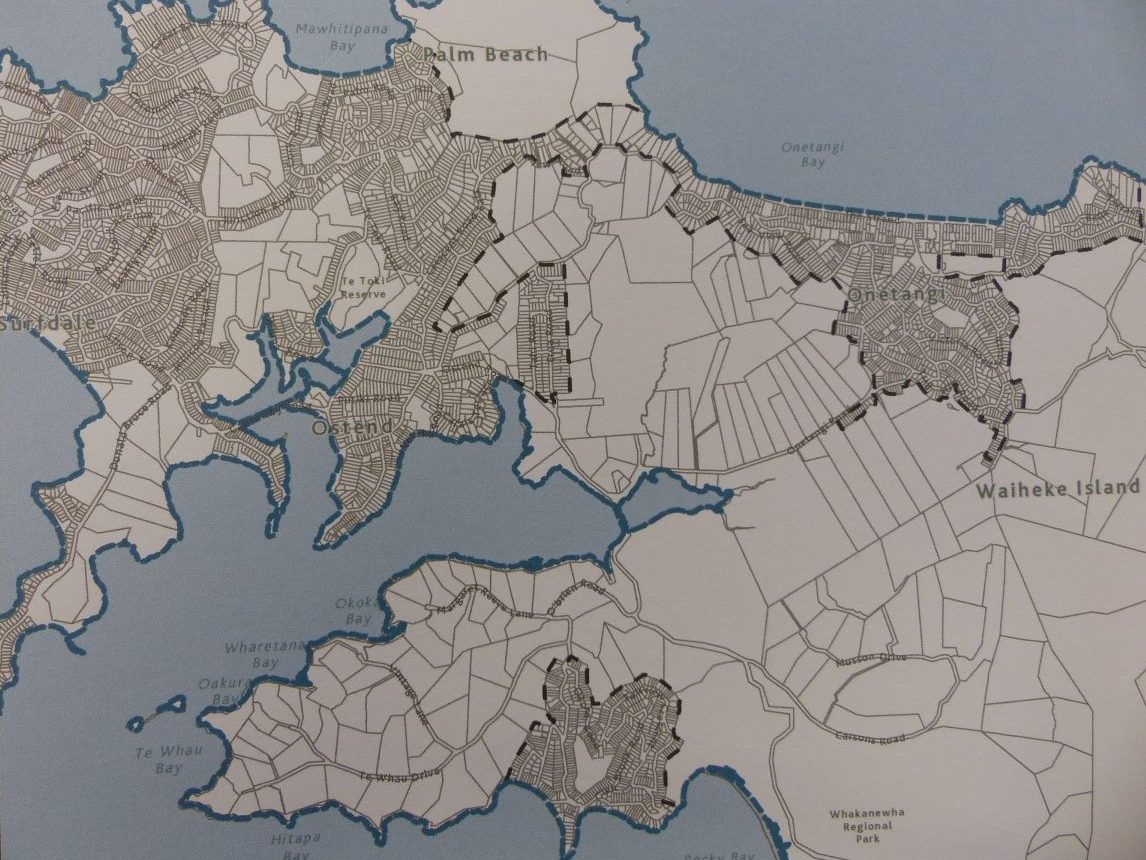 A protection stopping subdivision and development on Waiheke was removed last week, opening the way for urban sprawl on the island.

Waitemata and Gulf councillor Mike Lee, Waiheke Local Board chairperson Paul Walden and board member John Meeuwsen are outraged at Auckland Council removing the Rural Urban Boundary from Waiheke without consulting with local representatives or the community.

The local board held an extraordinary meeting on Tuesday night and decided to fund a community group to go to the Environment Court to legally challenge the decision to remove the boundary on the island.

The boundary was an “impenetrable line” around built up areas that totally prevented subdivision, intensive housing and commercial development in rural areas of Waiheke, says Mr Walden.

Now that it has been removed, developers can apply for resource consent and “easily” gain permission from the council to subdivide or develop land right across Waiheke, he says.

“This decision of the council’s governing body is reckless.

“Waiheke can’t be viewed as just another suburb of Auckland ripe for development.

“Visitors are not coming to Waiheke to visit just another suburb of Auckland, rather a paradise island and a community passionate about conservation and restoration.

“There is all the potential for urban Waiheke to sprawl and the island to become a paradise lost.”

Mr Walden and Mr Meeuwsen are concerned that council planners who supported the removal of the Rural Urban Boundary on Waiheke are also indicating that a reticulated sewage system could soon be needed on the island.

“The only factor that is limiting more intensive development of our residential villages is the capacity to deal with waste water onsite.

“It’s offensive to have these issues foisted on us by an offshore planning department that has no connection with our community aside from imposing rules.”

Mr Walden says it is ironic that the council decided to remove the boundary on Thursday last week, the same day the draft Essentially Waiheke document was released, calling for the boundary to remain.

“Auckland Council and central government should consider the negative impacts on Waiheke should the Rural Urban Boundary be relaxed to encourage development,” the Essentially Waiheke document states.

Mr Lee says the removal of the boundary is “enough to create open slather on Waiheke in relation to removing existing controls on suburban sprawl into the rural part of Waiheke”.

“Rumours abound about subdivisions being planned for the rural eastern end of Waiheke that could get a green flag now, when they would have been almost impossible before.

“The green space around the villages at the western end is likely to go as well,” says Mr Lee.

Mr Walden, Mr Lee and Mr Meeuwsen are disturbed by the way the council made its decision to remove the boundary, without consulting with local boards or communities.

Council director of regulatory services Penny Pirrit says that the Unitary Plan independent hearings panel recommended the removal of the boundary from the regional policy statement throughout Auckland, including Waiheke.

Mrs Pirrit says the panel recommended no changes be made to the rural urban boundary, because the boundary would be entirely removed.

The panel notes that a few submissions were made on the proposed Unitary Plan, asking for changes to the boundary, but council staff have been unable to provide information on these submissions.

Waiheke Local Board made a submission asking for the boundary to remain in place on the island.

Mrs Pirrit says removing the rural urban boundary from the regional policy statement will not weaken protections against subdivision and development on Waiheke, because the boundary remains within the District Plan.

“If you wanted to do an urban activity on eastern Waiheke, the resource consent has a high bar to pass because of the strategic management area objective and policies which say that is not to be encouraged,” she says.

Mrs Pirrit says the removal of the Rural Urban Boundary was not included in the proposed Unitary Plan, which was open for submissions for the public.

However, the hearings panel appointed by the government recommended the boundary be removed.

“The council is following special legislation and must make decisions based on the recommendations from the panel and is not allowed to consult on making those decisions,” she says.

Mr Lee also highlights the government’s role in appointing the panel to “deregulate” development across Auckland.

“I’m concerned because our council has taken a case more extreme than the panel of making a protection completely disappear.

“Nobody on Waiheke asked for the boundary to disappear,” he says.

Mr Meeuwsen says the removal of the boundary without consultation with the Waiheke Local Board or community provides another good reason for the island to break away from Auckland Council and form a council of its own.

A process will begin later this year to review the Hauraki Gulf Islands District Plan and integrate it into the Auckland Unitary Plan, says Mrs Pirrit. • Rose Davis