Waiheke Community Pool Society is exploring the possibility of setting up a temporary “pop up pool” on the island.
Pool society chairperson Delyth Morgan-Coghlan does not want to reveal too much about the plans because the society has not yet applied for resource consent from Auckland Council.
However, she says the temporary pool would be heated and covered and she hopes to see it opened before the end of the year.

“The pool society is continuing to pursue the plan for a fully covered indoor pool, but we know that is at least three years away.
“We do have the opportunity to put a temporary indoor solution in place that would be of huge value and benefit to the community.
“It would allow people to do swimming lessons and swimming activities indoors until the permanent facility is completed,” she says. 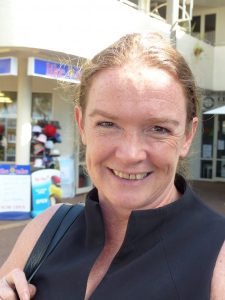 The pop up pool could generate between $25,000 and $30,000 a year in profit that could be invested in a permanent pool for the island.
The temporary pool could also be incorporated into the final pool project, says Mrs Morgan-Coghlan.
Waiheke Local Board chairperson Paul Walden says the board has $1 million earmarked to invest in two permanent, heated, outdoor pools on Ministry of Education land beside Waiheke Recreation Centre.
This funding is only available for the 2016 to 2017 financial year, so the board and Auckland Council staff are working hard to progress plans for a pool on Donald Bruce Road.
Waiheke High School board of trustees has made a formal statement that a community pool would benefit the island.
The board of trustees decided unanimously at its last meeting that it was open to discussing leasing Ministry of Education land for the community pool providing the school is not liable for the pool.
The local board is focussed on building outdoor pools that could have a temporary pvc cover or be permanently covered as part of a second stage of development.
The board has invited the pool society to present its plans on how it could provide extra funding so that its goal of having a covered pool from the start could be achieved.
Two reports by APR Consultants have been funded by the local board and recommend constructing a 25-metre by 12-metre lane pool and a 12-metre by eight-metre learners’ pool beside the recreation centre.
Locating the outdoor pools between the side of the recreation centre and the road would allow them to be built for about $1.2 million, about $500,000 less than in other locations.
Improvements could be made to the recreation centre so it would provide a reception area, changing rooms, showers and toilets for the pools and the centre.
The high school has asked for its ageing buildings to be replaced and one possibility is that the school hall could be relocated and used to cover the pool when it is no longer needed by the school, says Mr Walden.
“We have children who need to learn to swim and elders who need a pool for therapy and exercise and a spectrum of use in between.
“There is no way in the world that the council is going to build us a pool on Waiheke, and the government is not funding school pools either.
“So we need to get on and do something pragmatic,” says Mr Walden.
At present, Swimgym Waiheke teaches swimming to children of all ages at Te Huruhi Primary School pool in the summer, but this pool is “beyond its use-by date”, he says.
Mrs Morgan-Coghlan says the pool society hopes a spa, sauna and boutique gym can be included alongside the two heated pools, but further investigation is needed to see if it is viable to build and operate these facilities long term.
“It’s not a lavish, over the top plan. It’s a very reasonable plan that can generate revenue from all kinds of different areas of the facility.
“We want to take up the board’s invitation and go back to them with a solid, robust plan on how we can bridge the gap between the open-air facility they are thinking about and what we think would be ideal,”
she says.
A previous pool committee raised about $102,000 for a pool and the new pool society has received more than $10,000 in donations from the Blackpool Sunday markets, a Swimgym fundraiser, a small donation from Waiheke children doing swimming lessons at the Tepid Baths, and other groups.
While some Waihekeans are beginning to lose hope that a pool will ever become a reality, Mrs Morgan-Coghlan remains optimistic.
“There is so much work being done around it. I’m forever the optimist, because if you continue to pursue things, they will come off,” she says.
• Rose Davis