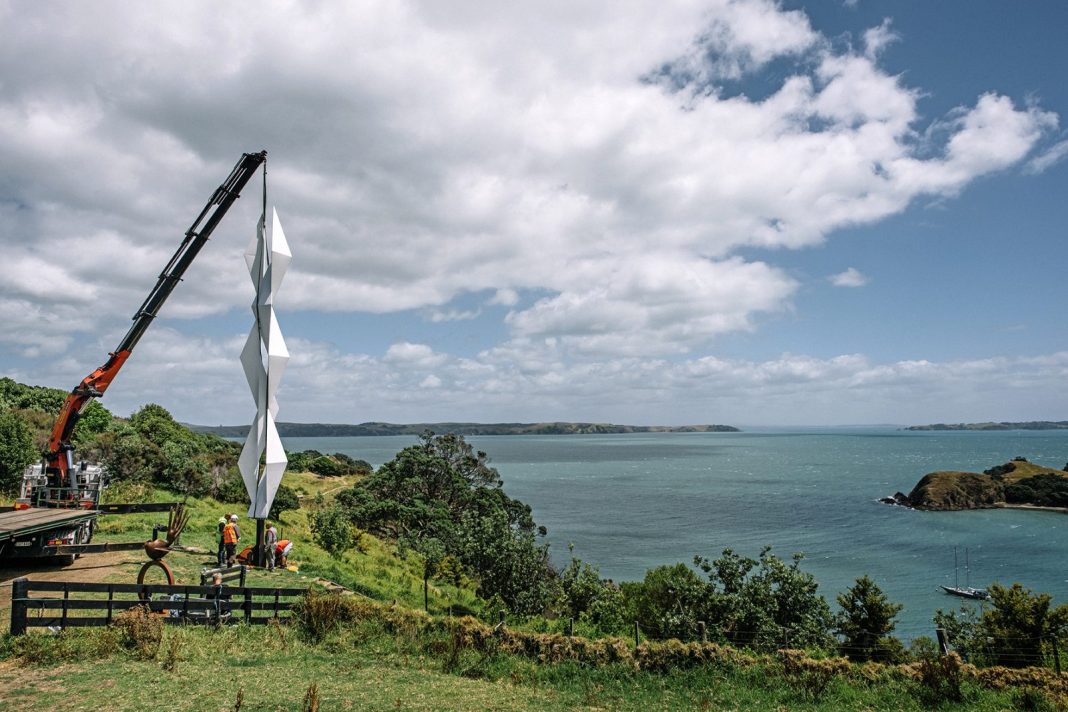 A standout creation from Sculpture on the Gulf 2017 is soon to find a permanent site on the island.

Now, the Waiheke Local Board is asking people to have their say on where best to permanently install the stately piece of art. There are two proposed sites, the Nick Johnston Drive lookout, and Alison Park. The board would like feedback on which of the two locations is preferred. People can also suggest an alternative site or can let the board know if they think the sculpture shouldn’t be on display at all.

Semisi Potauaine made it through a rigorous three-phase selection process which started with 250 entries. His was one of just 34 sculptures selected and displayed as part of Sculpture on the Gulf 2017.

Manuēsina is based on a traditional Tongan design, and it stands like a bright white beacon wherever it is placed. Semisi designed the piece to draw attention to environmental issues, as well as psychological and social conflicts.

The sculpture is engineered to withstand Waiheke’s changeable weather conditions and strong winds and will be installed on a sturdy concrete base. According to the board, it will not require significant ongoing maintenance.

Sculpture on the Gulf will cover transportation and most of the installation costs, which include a structural engineer, geotechnical input, design work and a plaque.

The board’s contribution will cover consent and foundation costs, estimated at around $10,000 but the location will determine the final cost.

The installation of the sculpture is conditional on consent requirements (including iwi consultation) and landowner approval.