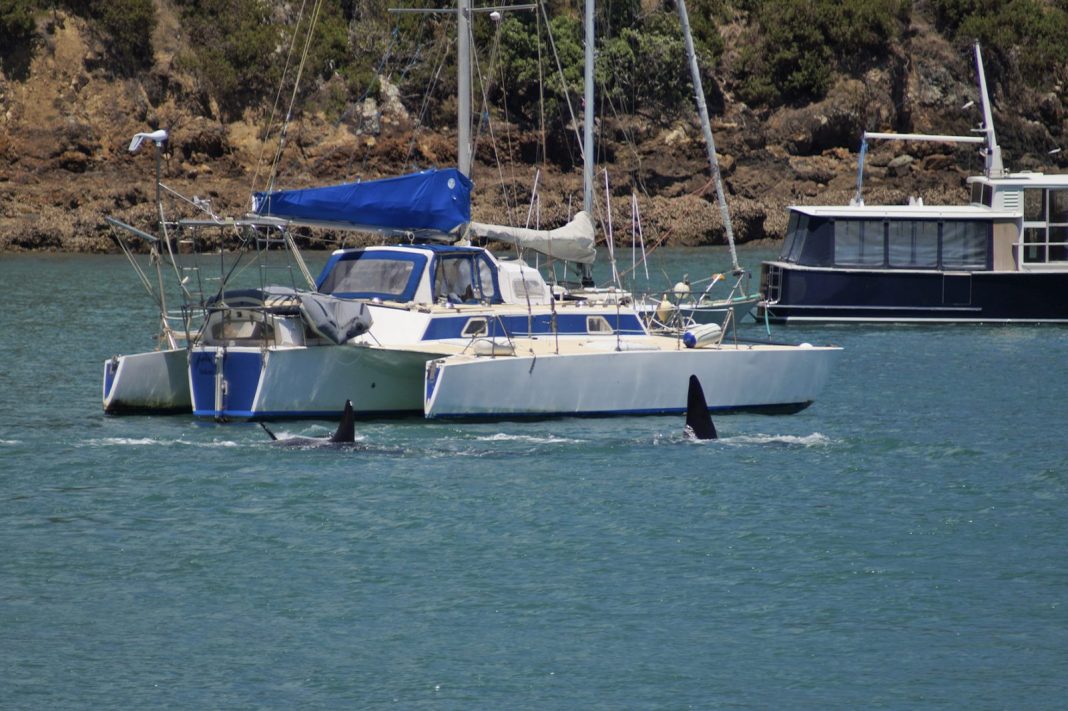 Ferry passengers and others got a bonus last Friday afternoon when a small pod of orcas came in close at Matiatia (pictured right) and Oneroa Bay (pictured below). Passengers on board for the 12.30pm Fullers ferry sailing crammed the upper decks to watch and film the group of at least three marine mammals circle yachts at Matiatia that were on moorings closer to shore than the docked ferry.

The orcas appeared to be a family group as some of them were noticeably smaller than others. They were moving around Waiheke’s western coastline as they were also seen that afternoon in Oneroa Bay.•