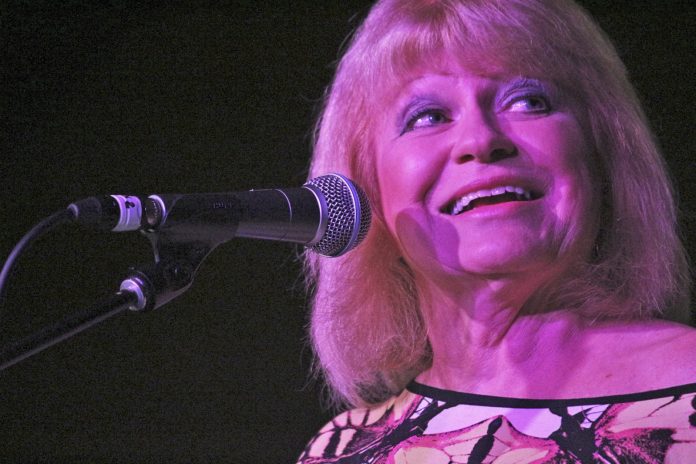 Pop royalty Suzanne Lynch returns to the island for a concert at Club Waiheke this Saturday 24 November at 7.30pm.

She was on prime-time television in her teens as the blonde half of ‘60s band The Chicks and then went on to travel the world singing with stars such as Cleo Lane, the Walker Bros, Art Garfunkel, Olivia Newton-John and many more.

Suzanne spent most of the ‘70s in England working as a session singer, touring the country with Neil Sedaka before joining the Cat Stevens band for three albums and two world tours – even providing backing vocals on the original recording of Kung Fu Fighting.

Her successful solo career includes accolades such as the New Zealand Entertainer of the Year 1971 award and the coveted Benny Award from Variety Artists Club of New Zealand in 2008. In 2001 she was made a Member of the New Zealand Order of Merit for services to entertainment.

When playing at the bowling club, Suzanne will share the stage with Bryan Harris and Jack Stradwick from bands The Action and Peter Posa.