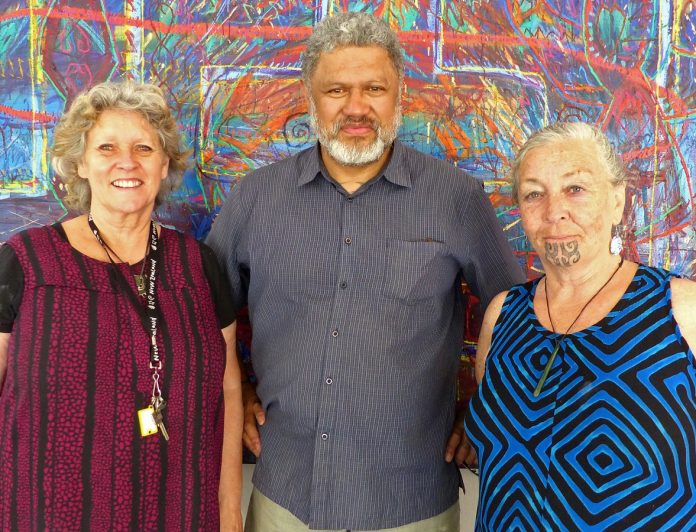 “What’s good for Māori is good for everybody,” is the catch-cry adopted by Waiheke High School’s newly approved whānau form class.

The board of trustees has given the green light to an all-ages vertical form class that will launch this year, student enrolment dependent.

The initiative reflects a survey conducted by parent Elisha Scott last year, in which the majority responded in favour of greater Māori education, and Claire Mahaki’s 2013 thesis An Island Approach that captured whānau voices from both primary schools and the high school.

“They all want their children to have Māori language education, they want to have their children in a Māori setting – this is where the whānau class came in.”

The aim is for children to connect with their education, spiritual wellbeing, whānau connectedness to others in their class, their intellect and physical well being, Pita says.

“The focus is more around what sort of human being we want our kids to become, how can they be contributing to their community and society.”

The programme also utilises the Ministry of Education initiative Tataiako and Te Kahui Kuaka (a group of Māori parent representatives on the boards of trustees of both primary schools and the high school) to include a seamless Māori education plan from early childhood through to high school, using Emeritus Professor Russell Bishop’s research on allowing Māori to achieve as Māori and the hautu tool.

“It’s changed the whole outlook,” Pita says. “It used to be the other way around – what’s good for European kids will be good for Māori – but it just didn’t work that way.

“These systems can be used in mainstream as well.  What we want is to have an environment where tikanga and te reo Māori is normal practice, enriching our students’ learning through regular cultural practices.”

Rather than just one form teacher, the Piringakau Māori department will work as a team in a collaborative environment and whānau class students will still attend their core curriculum subjects.

“Students come together during whānau time, the difference is we’re looking for a vertical setting, and we’re aiming for two classes.  If there’s real interest it’ll be a great opportunity.”

The high school currently has a very strong kapa haka group for the year 7-10 age groups which has gone from strength to strength.

“However as much as we’re giving them they just want more – the aspect of working together towards a common goal really inspired them. It seems to be a more natural method of learning, as a whānau group where the young ones know the older ones.”

“Beyond that there was Kohanga Reo at Piritahi Marae, so it had that flow on effect where it was happening at the early childhood level, and pushing language immersion levels at the primary school, and the high school responded.

“Waiheke High School Piringakau Māori department has been in existence for 20 years and one of the things we want to address is the loss of our language – and that’s the driving force behind the whānau class.

“There are less and less rangatahi taking te reo Māori at NCEA level. It’s very academic and, as the course is quite strenuous, you have to have good language skills.”

The whānau class is open to all members of the school community. “It’s not a closed enrolment as we want people to be excited about joining the whānau class.”

Enrolment forms are available from the school office, and on the school website.