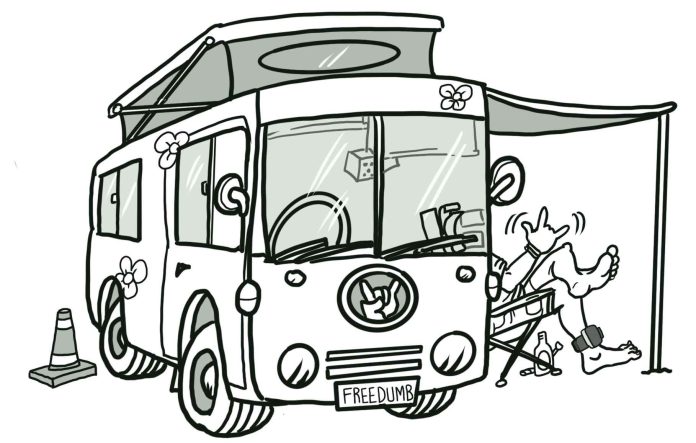 Auckland Council has adopted new freedom camping bylaws that will come into effect from 1 September.

Along with 13 new prohibited freedom camping areas, the bylaw also clarifies rules around the definition of “certified self-contained vehicle”, a no-return period of two weeks and maximum stay on Waiheke.

Under the bylaw the council will also be able to fine freedom campers $200 for breaching the bylaws when previously it had to go through lengthy court proceedings to prosecute.

Cooper said work on freedom camping bylaws had been under way for the past six years.

“This will enable responsible freedom camping to take place in Auckland,” Cooper said.

Cooper said that the bylaws were not about the public disliking freedom campers on their street but providing clear rules to follow.

“As long as people are not breaking the rules but if they are causing an absolute nuisance we do rely on the public. We know our public; they will ring up.”

Independent Māori Statutory Board member Glenn Wilcox has been involved with work on the bylaws for the past six years.

In the beginning, Wilcox said it was not a big issue for Auckland.

Since then issues like homelessness and fuel price rises have had strong impacts on the number of people living in cars, he said.

“This is a very dynamic issue and it might change in a couple years.”

Councillor Greg Sayers was concerned that freedom campers could circulate in one area.

“There is potential for someone to own a vehicle 365 days a year to freedom camp in one localised area,” Sayers said.