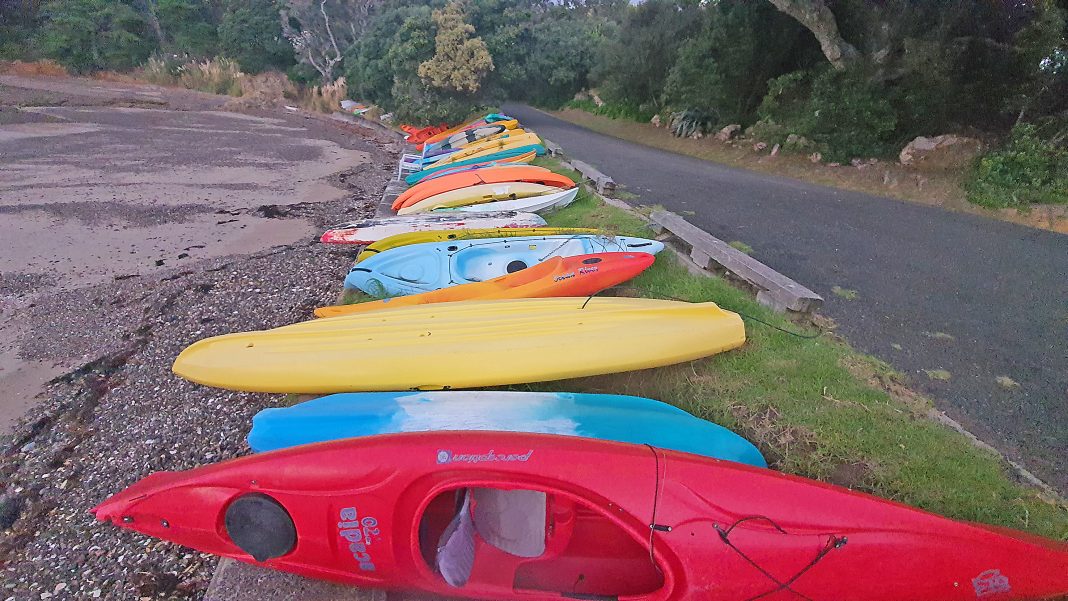 Colourful kayaks coat the shores of Waiheke’s popular bays and beaches. Tethered to trees near the sand or resting in lines on grassy reserves, they’re a vibrant eyesore for many and there are moves afoot for the council to step in and oversee their removal.

“Last winter, my friend and I were at Sandy Bay where a lot of kayaks had been washed out to sea. One was breaking up on to the beach, and little bits of what looked like polystyrene were littering the sand. We desperately tried to pick up as much of it as we could before it got into the ocean.”

Some say kayaks are taking up too much public space, which could be enjoyed by families or those seeking a shady spot on the grass.

But others say those who physically struggle to carry their kayaks to and from their vehicles should be able to store their kayaks close to the water.

The conversation around storing kayaks in public areas exploded on Waiheke social media after Warwick Grey, who has lived on Waiheke for 15 years, asked, “Do you remember the good old days when the public could sit on the grassy strip at Enclosure Bay to picnic, watch their children learn to swim or run their toes through the grass?” • Sophie Boladeras