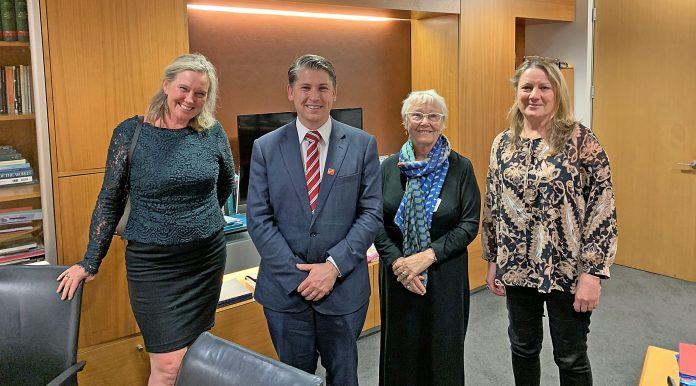 “It was a constructive discussion on the issues facing Waiheke and I want to acknowledge Helen White MP for helping facilitate,” says Mr Wood.

Local board chairperson Cath Handley says the meeting went extremely well. She says the minister was up with the play around the critical issues for Waiheke-based ferry users. The board chair showed the minister a significant amount of data on price differences, timetables and capacity impacts.

“Minister Wood indicated that he takes our concerns very seriously. We covered the issues of the Auckland/Waiheke passenger service specifically and its critical importance to the people of Waiheke and their families.

“We impressed upon the minister that this service is our lifeline and that unlike all other Auckland ferry services and their patrons, Waiheke has no options other than the car ferry. He knows we can’t jump in the car or on a bus or train.”

The board also demonstrated how the gap in service provision and inclusion in schemes such as AT’s free weekend ferry fares for children and an upcoming trial that will see community service cardholders entitled to half price trips do not extend to Waiheke ferry users. • Sophie Boladeras