Two men are lucky to be alive after their tinny capsized on Saturday morning. The men, who were both wearing life jackets, struggled in the cold and choppy waters of Auckland Harbour for several hours before they were spotted by a Fullers360 skipper.

Kennedy Point locals Mark and Maria Trubuhovich were on board the Kekeno on Saturday when they felt the ferry embark on a 360 degree turn as crew attempted to rescue one of the men from the water near Princes and Queens Wharfs.

The local couple, who were heading to the city to care for their granddaughter in what was their first trip off-island in two months, didn’t expect their journey to be quite so eventful.

“Suddenly the ferry was turning and everybody was looking out of the windows and we saw a body in the water,” says Mark, who works on Waiheke as a wedding celebrant.

Nearby the other boatie was spotted clutching the submerged bow of his capsized aluminium dinghy.

Staff on the Kekeno pulled the first man aboard while raising the alarm about the second who was hauled on board the nearby Fullers ferry, Tiger Cat.

In a stroke of luck for the boatie pulled aboard the Kekeno, Mark, who worked as a St John intensive care paramedic for 12 years, quickly identified the seriousness of the man’s situation.

“I helped the crew to get his saturated gear off and wrapped him in a rescue blanket. He looked to be in his mid-50s and was very rigid, shivering and clearly hypothermic.

“He is what we call in the service a status two patient; status one is almost dead. This man was really shutting down.” 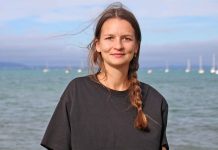 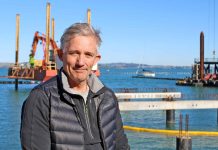