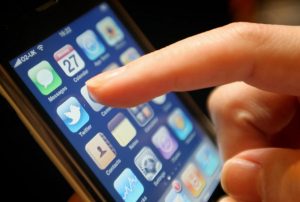 News doesn’t come ‘off’ your phone

Tom Frewen, long-time media commentator and a former Gulf News editor, comments on  the changing face of the world’s media.

“Man we forgot died alone” — headline on Stuff website last Thursday. No idea what it was about, just more failed clickbait that grabbed my attention and then immediately let it go.
They — news media and device peddlers in the converged digital space — say young people now get all their news “off” phones and tablets. Newspapers are down the proverbial tube and the tube itself is yesterday’s medium. If that is the case, and it almost certainly is not if they say it is, God help us. We’re already dumbed down, now they’re giving us a full frontal lobotomy as well.
Obviously I’m past the age where I can spontaneously jump on line and grab something. Jumping is virtually out of the question; now strictly for horses and skydivers. I was brought up to believe grabbing is rude, to be punished with “smack handees”. In any case, even if I could jump on-line I would still first need to find my glasses, then remember why I was looking for them.
Which reminds me: The theme of this media space column is the big mistake in thinking that people are getting their news “off” their phones. Newspaper editors seem to think that’s why they have fewer readers. Wrong. Readership is declining because newspapers have more ads, bigger pictures and not only less to read but also less that’s worth reading.
Nevertheless, newspapers will survive as long as they offer readers more value than their websites.
I have gone from not believing everything I read in the paper to not wanting to read anything on the websites. I can’t read them, listen to the radio or watch television news without immediately being drawn into a screaming match with a reporter, sub-editor or presenter.

If there is such a condition as ‘news tourettes’, I’ve got it. Stand by. I’ll just Google it, let you know what I find out — if I don’t get distracted and forget what I’m supposed to be doing.

Yep, there’s even a series of “Tourettes Guy” clips on YouTube. I don’t think it’s supposed to be funny, being a medical condition and all, but it’s hilarious. I’m still laughing.
But seriously, it’s no fun for the cats. A news tourettes attack during the Hilary and Mike hour sends them fleeing flat-eared out through the cat door, bap-bap-bappitty-bap-bap!
Whereas some viewers add a dongle to their box so they can watch Netflix, I’ve had to attach windscreen wipers.
My response to “Man we forgot died alone” was to shout: “We all die alone, you idiot.” It is not news.
Here are some other headlines from the same Stuff page:
“Chrystal’s bachelor revelation”
“TVNZ host needs perky breasts”
“Trump can make America great again”
“Is Richard Simmons really okay?”
“Klemmer beats ref contact charge”
“Identical twins Anna and Lucy Decinque vow to fall pregnant at the same time”
That I would like to see. I don’t know the Decinque twins. They live in Perth, apparently. I have never heard of Klemmer and wouldn’t be at all surprised if it was a health drink. I feel I should know Richard Simmons and show some interest in his condition.
I can offer no opinion on the TVNZ host’s need for perky, or perkier, breasts without knowing who it is and frankly I can’t be bothered finding out. The same goes for anything about The Bachelor television programme for which I would happily turn off the power at the mains if there was no other way of stopping it coming into the house.
No doubt Klemmer’s ref contact avoidance success is news to many people, of genuine interest, worthy of sharing and tweeting. “Klemmer’s done it again, LOL. Party at the Decinque’s tonight?  Ten top tips to perky tits.”
Although news websites are presented as digital versions of physical newspapers, they are different in the way that boiled eggs don’t make an omelette.
Peter Preston, editor of The Guardian for 20 years and now media columnist in The Observer, observes that “a print newspaper has a familiar structure – news, opinion, cartoons, pictures, puzzles, arts, business and sport.” A bit of everything, bundled together.
News websites have the same selection, organised differently. “Online selects and neglects,” Preston says. “Online doesn’t do whole packages. Online, in truth, doesn’t need them — because the missing coverage you seek is only a click away.” If the medium is the web, the message is the hyperlink.
That’s the big difference. With news websites you have to hunt down the news. It’s pick’n’click, then decide if you want to read or watch. With traditional media you’re already reading, watching and/or listening because that’s what you’ve decided to do with your time.
It’s a completely different experience. Then there’s the added joy of being able to spread a newspaper out on the table with your coffee and ciggies (back in the day!) to hand. • 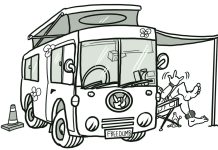