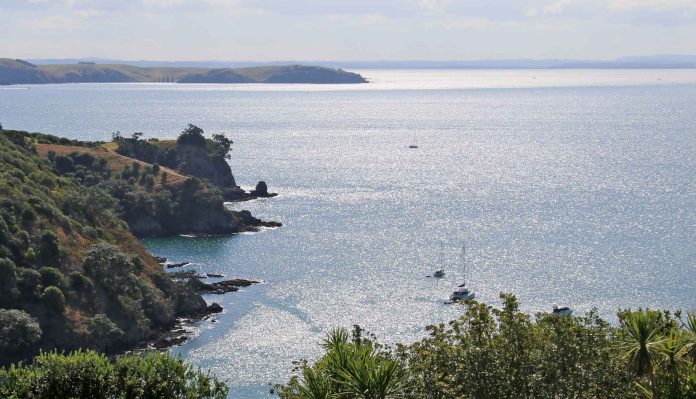 An outpouring of public support for a proposed marine reserve off the northwest coast of Waiheke was received by the Department of Conservation this quarter, with more than 1000 individuals and organisations sharing feedback.

A preliminary count indicates the majority of submitters strongly supported  the Hākaimangō-Matiatia marine reserve proposal during two months of public feedback which ran from 20 January to 20 March 2022.

The landslide support for the proposal, which could see a 2350-hectare slice of ocean protected as a no-take marine reserve, has elated many marine advocates, particularly the Friends of the Hauraki Gulf.

The Waiheke-based group that spearheaded the proposal and spent years undertaking background work is astounded by the scale of support.

Chairperson Mike Lee says submissions mainly came from people on Waiheke, although some came from as far away as Switzerland.

“We were always convinced that most New Zealanders supported marine reserves, just as they support parks and nature reserves on land. Still, we are blown away by the sheer scale of support. This is way more than emphatic; this is a landslide,” said Lee.

“The feedback is a clear message to the politicians in Wellington. The public wants something meaningful done about marine protection and an end to just sitting around talking about it.”

Lee says the Hākaimangō-Matiatia marine reserve proposal has the support of a wide range of organisations, including the Ngāti Paoa Trust Board, Auckland Council, Waiheke Local Board, Piritahi Marae, Protect Our Gulf, The Devonport Yacht Club, and numerous others.

If approved, Lee says that over time the reserve will become a biological treasure house, a source of pride and wellbeing for the people who live in and around the Hauraki Gulf – and a legacy for future generations.