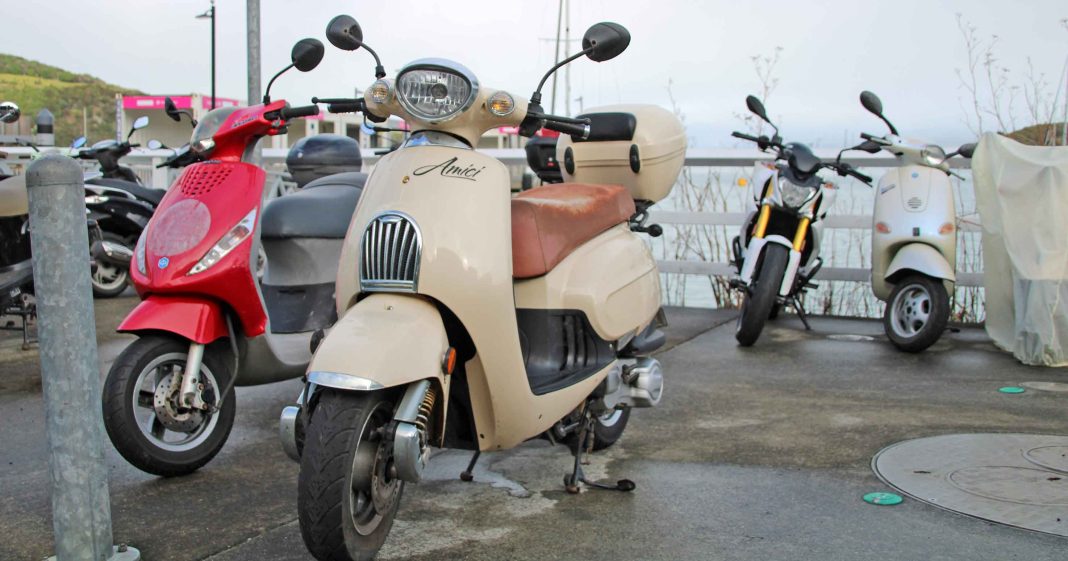 A 33-year-old man is in Middlemore Hospital after a scooter crash in Ostend last week. Emergency Services responded to the crash on Calais Terrace around 1am on Wednesday  20 April. Shortly afterwards the Westpac Rescue Helicopter flew the man to Middlemore Hospital in a serious condition. A police spokeswoman says the 33-year-old remained in hospital on Thursday, but his condition had stabilished. While the police investigation into the crash is in its early stages, there were no indications any other vehicles or people were involved, she says.

This was Waiheke’s second scooter crash resulting in serious injuries in just over four months. In December, Stephanie Regener was riding a scooter to meet her boyfriend at Onetangi Beach, when she was hit head-on by a drink-driver. Both of her legs were badly broken and Stephanie remained conscious through the whole ordeal. “I was screaming. I thought I might never walk again,” she told Gulf News from her hospital bed on Christmas Eve.

These crashes are not isolated incidents; the island has one of the highest rates of scooter crashes in the Auckland Region. On 31 March, Gulf News reported that Auckland Transport statistics show Waiheke had almost one crash per thousand residents between 2017 and 2021. • Paul Mitchell