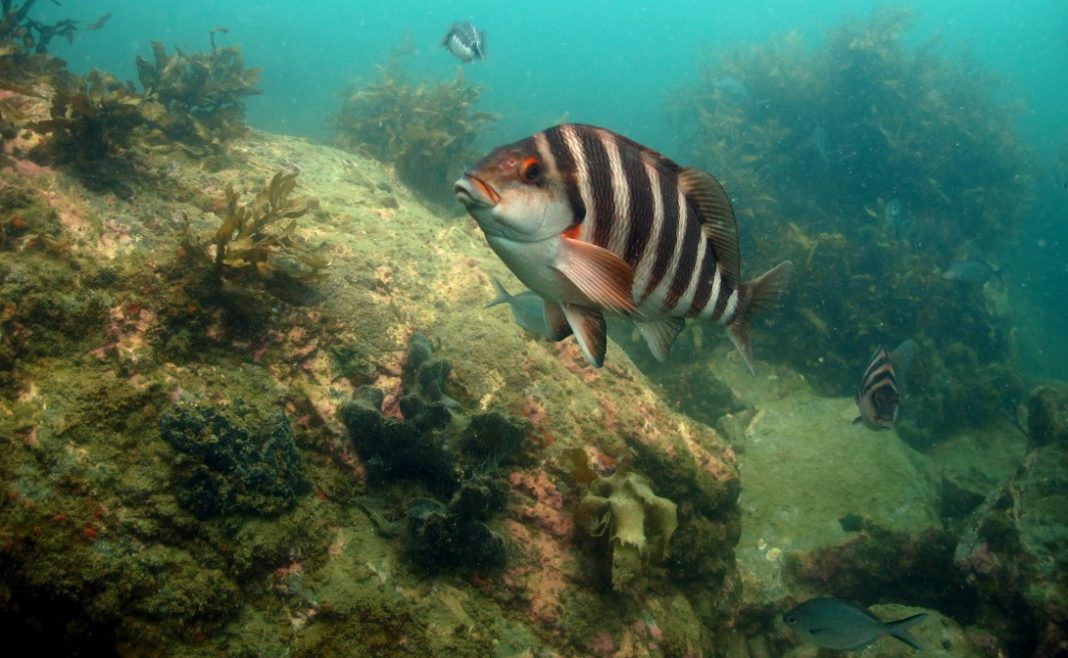 Marine reserves have become a hot topic as the government develops new legislation on marine protection. Several Waiheke groups made submissions calling for better marine protection in the proposed Marine Protected Areas Act, but Environment Minister Nick Smith has no plans to create new marine reserves in the gulf until the act is passed.

Waiheke Local Board is believed to have called on the government to create a series of new marine reserves around Waiheke and surrounding islands.
The board refused to release a copy of its submission on the proposed Marine Protected Areas Act this week, but is holding a workshop on its proposal for a network of marine protected areas around Waiheke and other islands in the Hauraki Gulf on 23 March.
At the workshop, marine biologist Roger Grace will discuss his proposal for marine protected areas in the gulf, aimed at enhancing marine biodiversity and creating a greater abundance of fish species.
Local board chairperson Paul Walden has been working with island groups, such as Friends of the Hauraki Gulf and Hauraki Gulf Conservation Trust, to try to get marine reserve plans ready to include in a submission on the new act.
Mr Walden wants to create a marine reserve extending from the eastern headland at Matiatia to the western headland at Oneroa, and a marine education centre established at Matiatia.
Motuihe Trust wants a marine reserve to a 10-metre depth around the island, and Motutapu Outdoor Education Centre has a self-declared marine reserve on the northern side of Motutapu that it wants formalised.
The Rotoroa Island Trust hopes to restore the surrounding ocean and the
owners of the Noises want increased marine protection around their islands.
The full extent of the board’s plans for marine reserves is expected to be revealed at the meeting next Wednesday at 6pm at the board’s office in Ostend.
Mr Walden says the marine reserves outlined in the local board’s submission are based on proposals that have been made by marine biologists and community groups, while reflecting community interests and preferences for marine reserve locations.
“We’re looking at coastlines which are predominantly esplanade reserve or park land, so land owners are not affected.
“The government would have nothing to lose by picking up some of these proposals and enabling the development of these reserves. The Hauraki Gulf is in a terrible state,” he says.
Colmar Brunton carried out a survey for the local board last year that showed 64% of residents want marine reserves and the median vote was for 40% of the gulf to be protected by no take reserves.
Marine reserves are intended to preserve biodiversity by protecting the wide variety of species that exist under the ocean or feed on marine life.
However, commercial and recreational fishing would also benefit from the increased fish stocks that would result from establishing more marine reserves, says Mr Walden.
“The simple reality is that there is more demand for fish in the Hauraki Gulf than there are fish.
“Most of us enjoy going fishing and if we don’t take drastic steps to protect the nursery for our fisheries in the gulf, there just won’t be fish to catch in years to come.”
Marine reserves can be seen as “a hatchery” which spills over into surrounding seas so that areas around reserves are much more densely populated with fish, he says.
The board does not support the government’s plan to establish a recreational fishing park in the gulf because “it’s not conservation focussed”, he says.
Commercial fishing companies could continue taking fish and shellfish species that are not “heavily targeted” by recreational fishers in the park.
However, Mr Walden believes that all commercial fishing in the gulf should be stopped.
With new sonar technology helping pinpoint fish, commercial and recreational overfishing in the gulf has seen many fish species decimated and the numbers of seabirds have also dropped as their food sources dwindle.
“This is a global phenomenon – it’s not just located in the Hauraki Gulf. But when we are home to so many rare and protected species, we need to be consciously protecting the habitat,” he says. • Rose Davis

The National government does not have any goal set for the creation of marine reserves in the Hauraki Gulf, says Environment Minister Nick Smith.
“The government objective is for New Zealand to have a network of marine reserves that is representative of the wider marine biodiversity, but we don’t have a target for each individual area,” says Dr Smith.
His comments come after submissions closed last Friday on the government’s discussion paper on a proposed new Marine Protected Areas Act.
While the New Zealand Biodiversity Strategy aims to protect 10% of New Zealand waters in marine reserves, 0.3% of the Hauraki Gulf is currently safeguarded in reserves.
The government’s proposal includes creating a recreational fishing park
covering the Hauraki Gulf from Coromandel to Leigh, including the waters around Waiheke.
While commercial fishing of some species could continue in the recreational fishing park, new marine reserves could also be created in the gulf, he says.
“We’re very open to there being further marine reserves within the recreational fishing parks or species specific sanctuaries to protect species such as Bryde’s whales.”
Any new applications for marine reserves would be considered after the act is passed, which Dr Smith hopes will occur next year.
The proposed act will provide a new framework for establishing marine reserves that aims to improve the process, he says.
“Marine reserves have had a very fraught record on Waiheke and that has not been helped by the legislation that does not provide a good process for creating marine reserves.
“The Marine Reserves Act is a very clumsy and divisive process for creating a marine reserve and this has caused real tension on Waiheke,” he says.
Under the existing legislation, the group applying for a marine reserve receives all submissions on it, including those from parties that oppose the reserve.
However, under the new act, submissions will be made to a board of enquiry, chaired by an Environment Court judge.
Dr Smith says the government will not pursue the idea of compulsory reporting of fish catches by recreational fishers.
Late last year, Sanford chief executive Volker Kuntzsch offered to withdraw the company’s commercial fishing fleet from the Hauraki Gulf on the condition that recreational fishers are required to report their catch in much the same way as commercial operators.
Mr Kuntzsch is concerned about the “sustainability” of continuing to fish in the gulf and says recreational catch reporting would allow fish stocks to be more easily monitored and sustained.
However, Mr Smith says any reporting of recreational fish catches would be voluntary.
“There are some interesting and convenient iPhone reporting systems that have been developed. We’re open minded about a voluntary system that would help improve the information for sustainability of the fishery.”
The Parliamentary Commissioner for the Environment, Jan Wright, says the proposed Marine Protected Areas Act provides a precious opportunity to protect New Zealand’s oceans, much as national parks and reserves protect areas of land.
“We have many very special places on land where our forests and wildlife are protected, and where we enjoy our unique environment. Let’s not lose the opportunity to do the same for our big blue backyard,” she says.
However, challenges exist, such as figuring out how to protect areas of the sea, without eroding Treaty of Waitangi rights and Maori fisheries settlements, says Dr Wright.
“For decades we have been debating how to protect our seas, but little progress has been made. It’s time for some real action,” said Dr Wright. • Rose Davis