Home Arts Learning to love yourself 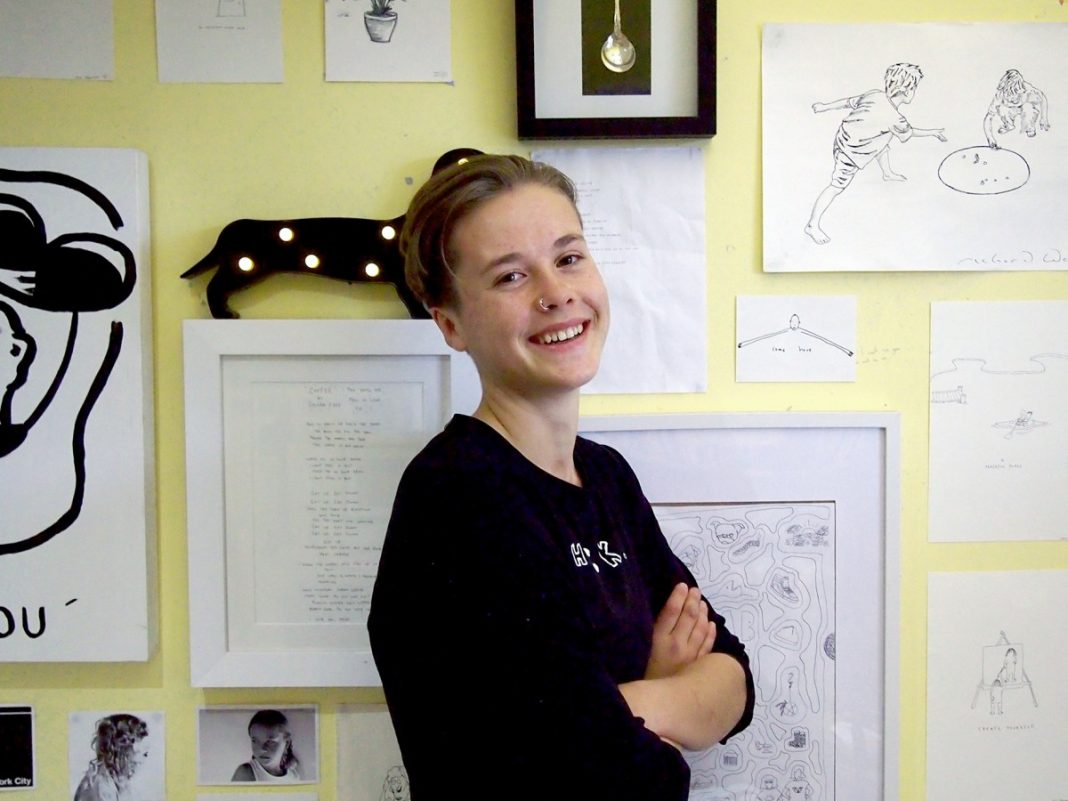 The 20-year-old, who came to live on the island aged three with parents Beatle and Francesca and older brother Geordie, really only began to “scribble” late last year.

“I had a really bad breakup and that’s when I started drawing, because I thought I don’t really want to think about anything right now, so I just scribbled some things.”

First it was the “little ladies” with Isla’s intrinsic wisdoms peppered throughout as shown in Just trying to accept myself with female silhouettes bending into letters, and a piece she created for girlfriend Hazel Wells when she was feeling blue, It will pass, a line Isla also has tattooed on her arm.

“It’s what my mum used to say when I drank too much hot chocolate on the ferry, and when I was sad I always remember her saying that.”

Isla and Hazel are obsessive watchers of hit reality show RuPaul’s Drag Race, so key personality Sasha Velour has come to feature lately along with a little pop of watercolour in her works.

It was Hazel who encouraged Isla to pursue her art. She said ‘You obviously have a talent for it so why not do it?’

“Hazel bought me a whole lot of nice art stuff that I didn’t want to buy myself because I thought it would just be a waste, so she kind of pushed me to do it which was awesome.”

Now based in Ponsonby, Isla works as a dog handler in the morning – she loves dogs – and draws during the afternoon. The young couple’s creatively chaotic household is home to three griffins .

One of her goals for the next year and a half is to self-publish a book with messaging around self care, especially for women.

“I really want to start exploring ways to empower women through the silly little things that I draw. I was bulimic in high school and had really heavy depression and then I got out of it.  I can look at it from the outside and draw about how I felt then, how I feel now, and that contrast.

“I also want to have no stigma around mental illness in my art and just be like, this is what I felt like when I was depressed, here it is.”

As for her latest role cartooning, Isla says she chooses what resonates with her personally and the topics that make her laugh, the rest happens organically.

“I choose the one that is easiest to make funny but also take a dig at something political which is always a bit fun.”