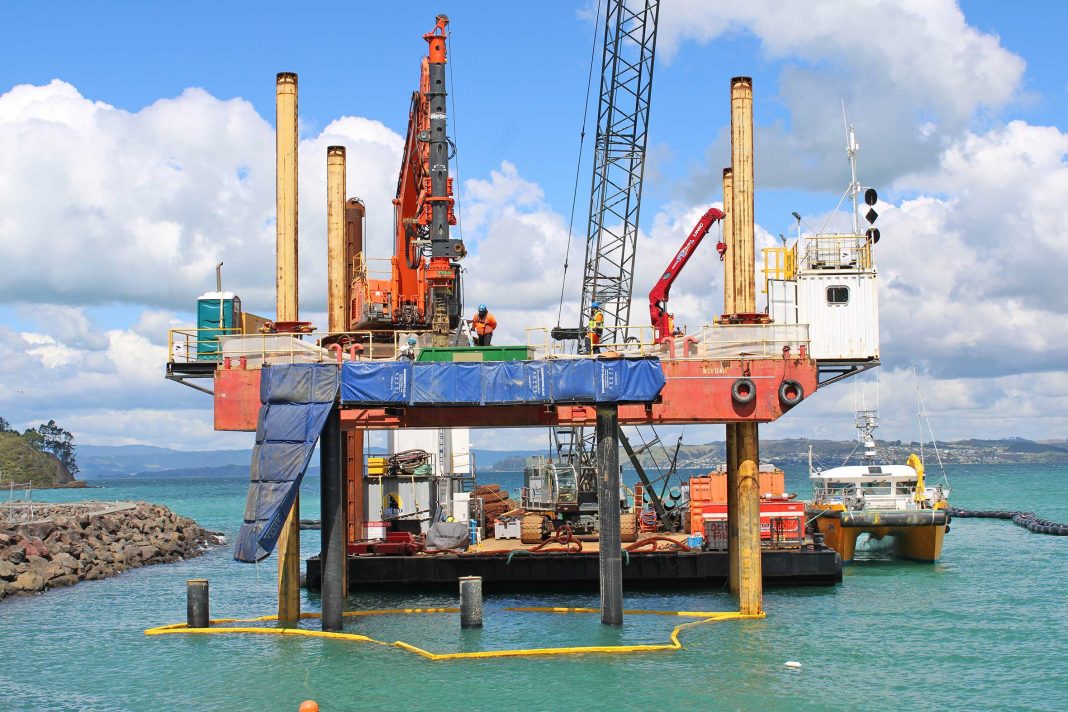 There has been no formalisation of closures of the Kennedy Point breakwater footpath but it can still be closed and people can be trespassed from the area.

The issue made national headlines last week after police cancelled trespass notices that had been served on the breakwater on July 6 and 7 but were then deemed invalid.

Email discussion between Auckland Transport and marina developer Kennedy Point Boatharbour Limited (KPBL) laid out in last week’s Gulf News showed the initial intention was to close the breakwater temporarily when construction presented a health and safety hazard, but KPBL then wanted a permanent closure for the duration of the construction project. The emails showed the trail that led to the eventual U-turn, two months later, by police on the early July trespass notices.

An email from AT’s general counsel to KPBL on 8 July said the developer’s request to permanently close the breakwater was being considered and that further communication was expected on the matter. However, AT spokesperson Natalie Polley confirms the closures were never formalised beyond the email chain.

“KPBL advised that they were proposing two [crane] lift periods of a 30-minute window during weekdays, not over any weekends or public holidays,” says Polley. She says AT is not involved in managing the safety-related operational closures.

The now cancelled trespass notices raised questions for several Waiheke residents the first day they were issued with several contacting AT to check the validity of the notices.

“They certainly had a copy of that 1 July notice by 7 July,” says Merran Lawler, who, at the time, didn’t think the marina developer had the power to trespass people from the breakwater. Her July query received a response from AT’s Executive GM Stakeholder Communities & Communications Wally Thomas who wrote back that AT was “not aware of any licence, agreement, or other formal document between AT and Kennedy Point Boat Harbour Limited – either with respect to the breakwater at Kennedy Point or any other part of Pūtiki Bay, Kennedy Point”.

In spite of the lack of formalisation of the breakwater closures, and although KPBL had been told it did not have permission to permanently close the breakwater, there were incidents of it being closed when no work was taking place and outside of construction hours.

Bianca Ranson of Mauri O Te Moana had been undertaking mātauranga Māori observations of kororā at the breakwater from around 4am for months. Ranson says on 4 August she was at the breakwater with mātauranga Māori expert Ramari Stewart and a film crew recording kororā activity when a security guard closed the footpath before 6am, leaving Stewart and Ranson to scramble across the rocks in the dark. •Erin Johnson