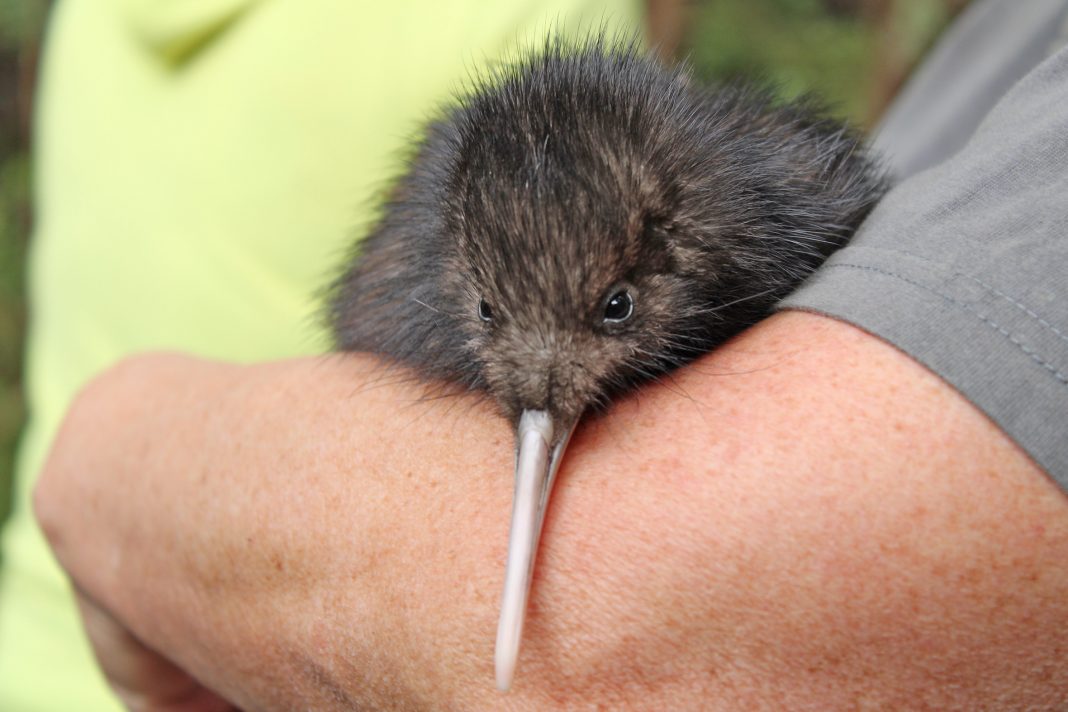 A four-week-old kiwi called Kōanga stole the hearts of those gathered on Rotoroa Island to witness his release.

The young kiwi was welcomed onto the predator-free island sanctuary last Saturday 7 November as the first release of hte season and will be followed this coming weekend bytwo more chicks.

The 82-hectare island acts as a kōhanga or creche for young kiwi chicks to grow up away from predators such as stoats and feral cats.

Before releasing little Kōanga on Saturday, Rotoroa Island’s ecologist Jo Ritchie told those gathered to see the kiwi up close that, as an egg, Kōanga was retrieved from the Coromandel Forest as part of the Thames Coast Kiwi Care project.

The Coromandel brown kiwi egg was taken to Auckland Zoo to complete its incubation and hatched on Saturday 10 October, weighing 329 grams. When released last Saturday he had reached a weight of 446g.

Kiwi are released on Rotoroa as part of the Kiwi Recovery Programme’s Operation Nest Egg. When chicks reach 300 to 400g they are released at Rotoroa and other predator-free islands, Motuihe, Motuora and Motutapu. •Erin Johnson