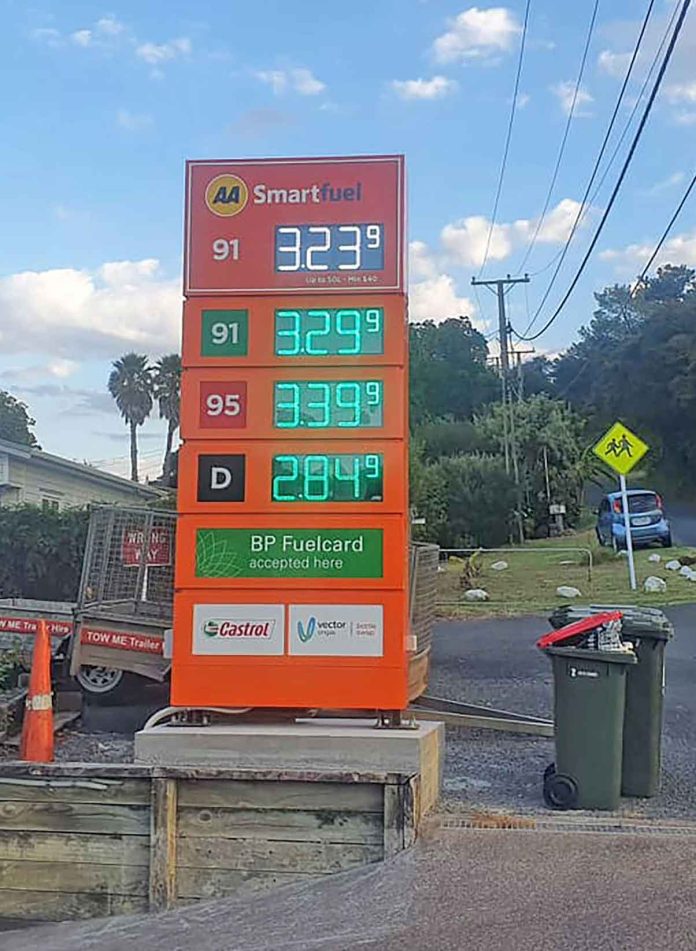 Waiheke still has some of the Auckland region’s highest prices at the pump, and the country’s costliest commute, despite a government announcement to cut 25 cents a litre off fuel and halve public transport fares.

On Tuesday, Waiheke Local Board chairperson Cath Handley said she assumed the island’s passenger ferry service would be included in the half-price fares announcement but was later dismayed to hear that wasn’t the case.

Hopeful queries from Waiheke ferry users were also prevalent on social media in after the announcement, but Gulf News was told on Tuesday afternoon that Fullers is not required to change its pricing on the Waiheke route.

A Ministry of Transport spokesperson said the 50 percent public transport fare reduction does not apply to commercial services such as the Devonport and Waiheke ferries.

“The subsidy only applies to services classified as public transport under the Public Transport Operating Model (PTOM) and funded through that mechanism,” said the spokesperson.

“There will be some Auckland Transport ferries included, but the ones that AT and Fullers operate, which receive no funding from the National Land Transport Fund – for instance, Devonport and Waiheke – are not included.”

“Government has made it clear that the most equitable way to respond to inflation is to provide the same package across the whole of society, but it’s only equitable if it’s extended to all communities.

“We’re paying the same taxes as everyone else in the country, but we don’t get the same share of what’s going.”

Mid last year, the board chairperson met with Transport Minister Michael Wood to express concerns about Waiheke’s ferry service and its exemption from the PTOM, which has seen the island miss out on free weekend ferry fares for children and other perks.

“The minister committed to investigating the PTOM and he knows that, as a board, we would like to see Fullers included in the operating model. This current example gives us a good reason to write to the minister to find out where things are at.”

Meanwhile, Gulf News also contacted Sealink to ask whether the ferry company had any updates in light of the government’s announcement it was reducing fuel excise duties and road user charges by 25 cents each.

CEO Steve Chapman said no changes were planned, although the company would continue to monitor operating costs closely. • Sophie Boladeras