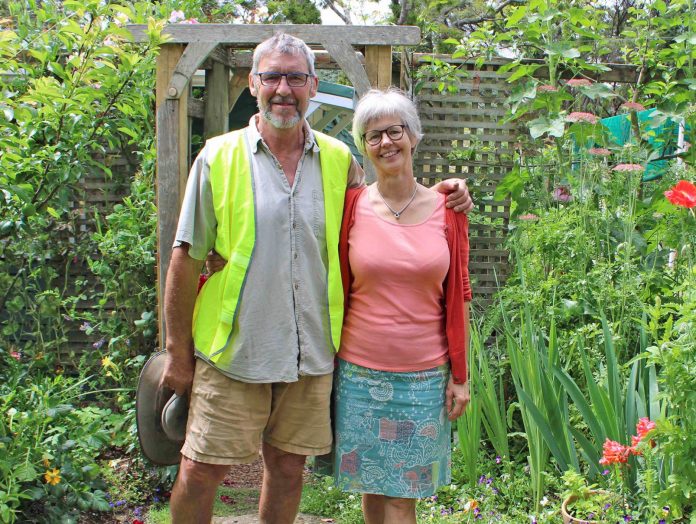 More than 1000 gardeners and garden-lovers came along to a special 20th anniversary Waiheke Garden Festival at the weekend, which was hailed a resounding success.

An estimated $62,000 was raised for sick children on the island through the Jassy Dean Trust, with 10 properties opening gates to their magical gardens and a series of workshops and special events including a Gnome Project silent auction.

A special pre-festival lunch was held at Mudbrick with speaker Christy Ralphs of Nourish Gardens, who also hosted a DIY flower crown workshop.

Storyteller Tanya Batt and musician Peter Forster hosted Garden of Story at Awaawaroa Eco Village, celebrating their gardens with stories and song. Elsewhere there were workshops on foraging from nature, how to keep rats out of your compost and how to successfully grow in Waiheke’s clay soil.

Event organizer Michelle Barber says feedback from the festival was positive, with visitors flocking in from around New Zealand. •Liza Hamilton