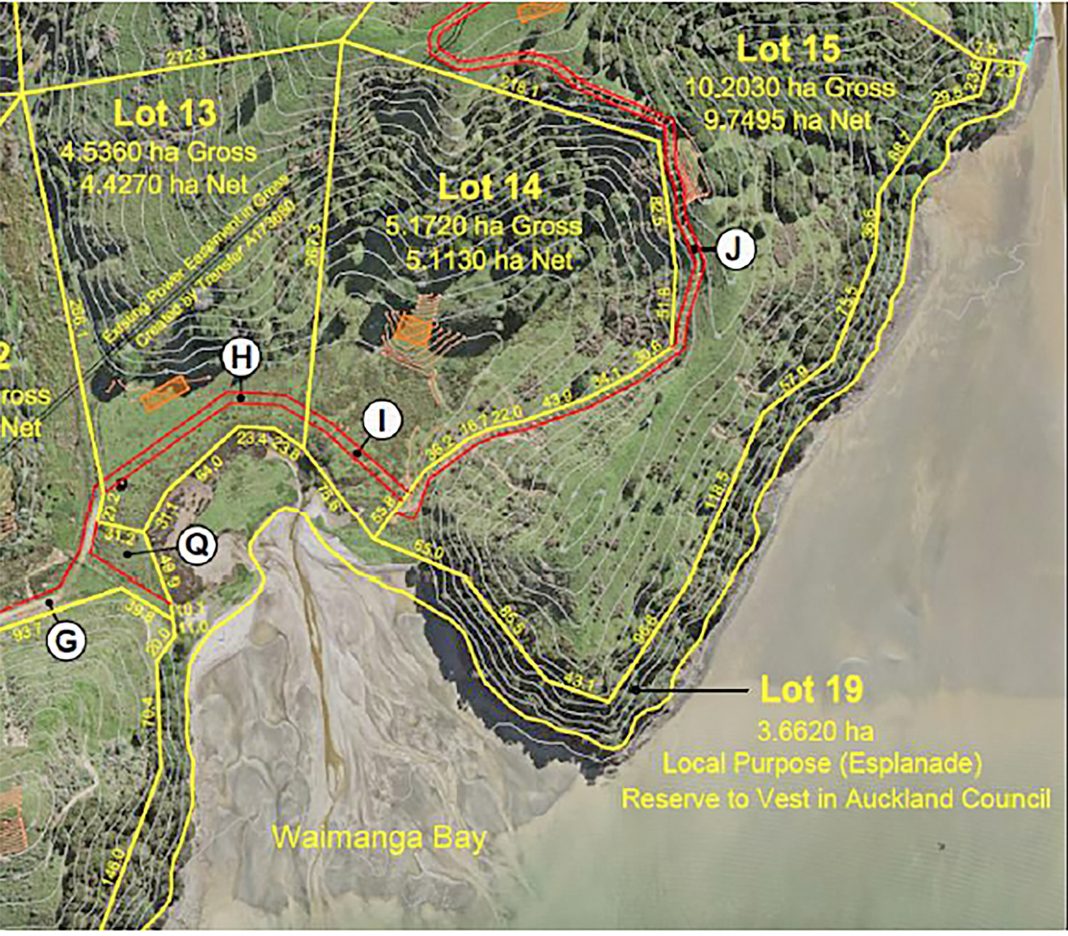 A massive slice of island paradise bordering Awaawaroa Bay is set to be split up into 18 new lifestyle blocks if a consent application to subdivide the 182-hectare property gets the green light.

Last year the 59 Waimangu Road site, one of the few remaining on Waiheke that can be subdivided in the manner proposed, sold to lawyer and property investor Richard Beca for $7.75 million. If his plans for the subdivision go ahead, it will be one of the largest developments Waiheke has ever seen.

Out of the 18 proposed rural residential sections within the vast subdivision, the smallest is slightly over four hectares and the largest has an area of almost 70ha, the majority of which is covered by protected native bush. Overall the site is home to approximately 60ha of indigenous forest and 3.5ha of wetlands.

For comparison, Park Point peninsula is around 140ha and Wawata Estate east of Palm beach is 38ha. When the Waimangu Road farm was first reported for sale in 2017, it was described as “a farm the size of Monaco”. • Sophie Boladeras