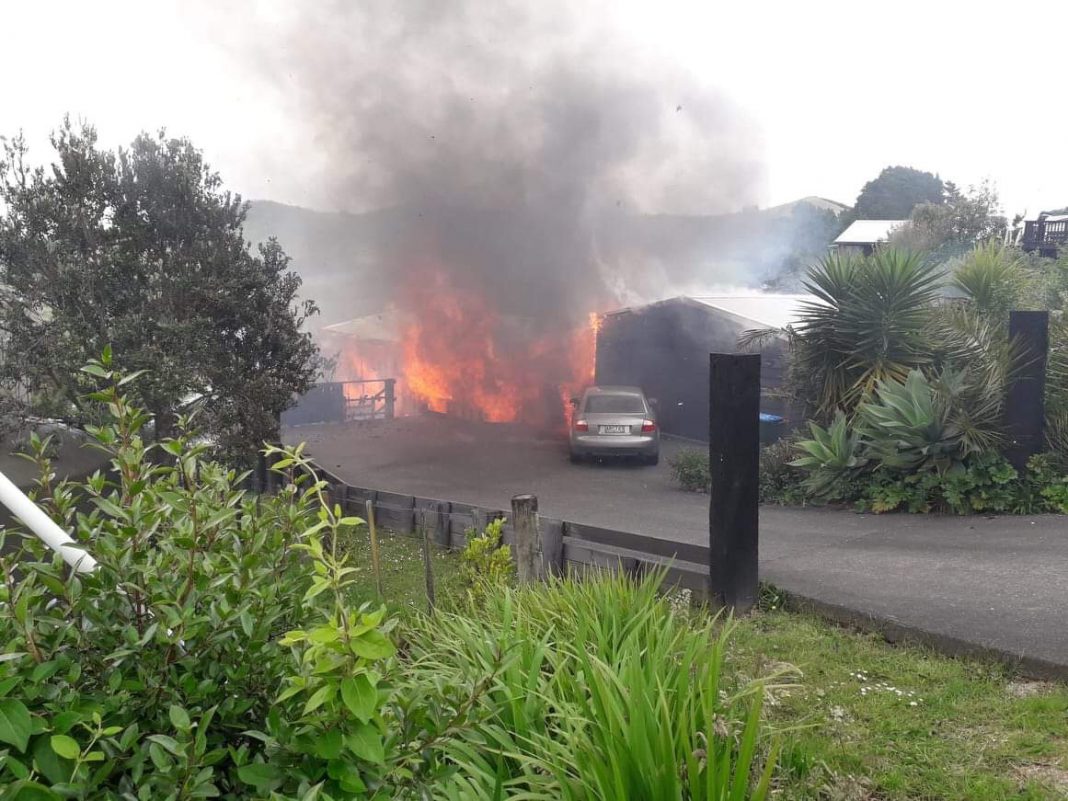 The third hugely destructive fire on the island over the past four months demolished a Sea View Road house on Saturday 19 October. Firefighter Rob Smith was first on the scene shortly after 2pm.

“We could see the smoke from Onetangi en route and we knew what we were in for.

“By the time we arrived, the flames had already consumed much of the two-bedroom home. It was one of the fastest spreading fires I have seen.”

Mr Smith says the blaze spread quickly due to gusting winds. The recently painted and renovated rental property was engulfed by flames as were the garage and part of a silver Audi car parked outside. Loud explosions were heard from neighbouring properties, which fire crew say were the vehicle’s tyres blowing out. • Sophie Boladeras