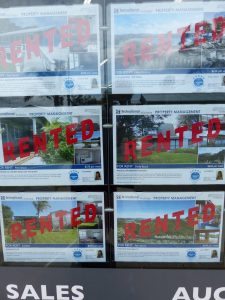 WINZ appears to have paid $1600 a week for a homeless single mother and her child to stay in a Waiheke motel.
The woman, who did not want to be named, says Work and Income New Zealand (WINZ) has paid $940 for her and her pre-schooler to stay at a lodge for a week and $1600 for them to stay at a motel on Waiheke for a week.
Ministry of Social development deputy chief executive of social housing Kay Read says WINZ is paying a new emergency housing special needs grant to some people with urgent housing needs.
The ministry paid $4,344,000 in emergency housing grants in the three months between July, when the grant was introduced, and September.
The grant has no maximum limit, but is usually granted for one week in “appropriate affordable” accommodation, such as a motel.
The single mother says WINZ paid for her emergency accommodation, because otherwise she had nowhere to live with her child.
“Lots of people” are asking for help with homelessness from the Waiheke WINZ office, she says.
Other single parents who work full time have also found themselves homeless on Waiheke and have been put up at the motel with WINZ footing the bill, says the mother.
The woman, who has lived on Waiheke all her life, and her pre-schooler were forced to move off Waiheke this week because they could not find affordable rental housing.
After living on Waiheke for more than 25 years, the woman was given 90 days notice on an Oneroa rental house that she had lived in with her child for three years.
“We had no luck, due to so many people going for houses at the moment.
“I looked at a house for rent in Onetangi where 30 to 40 people went to view it.
“I have literally tried everything,” she says.
Being homeless with her child has been extremely “stressful”.
“It’s not a nice thing to go through.
“My family is here – I don’t know anywhere else.”
Her father lives in a rented one-bedroom house on the island and is unable to help and her mother lives in Australia.
The woman was about to open a business on the island, a venture that has been “completely destroyed”.
“This has pretty much thrown my whole life pear shaped.”
The island is becoming a place where only the rich can afford to live, she says.
“It’s sad what’s happening to the island.
“In the next five years, all us locals are going to be pushed off, because it’s becoming too much of a money island.
“It’s not back in the day when you could go to Onetangi pub and it was all hippies – it’s not like that anymore.”
This week, WINZ ended the woman’s emergency housing special needs grant and told her she would have to move into emergency housing in Auckland city.
Her hopes of raising her son on the island where she grew up have been shattered.
Instead, she is moving down south to stay with another single mum who recently left Waiheke, because she was also unable to find affordable rental housing on the island.
• Rose Davis