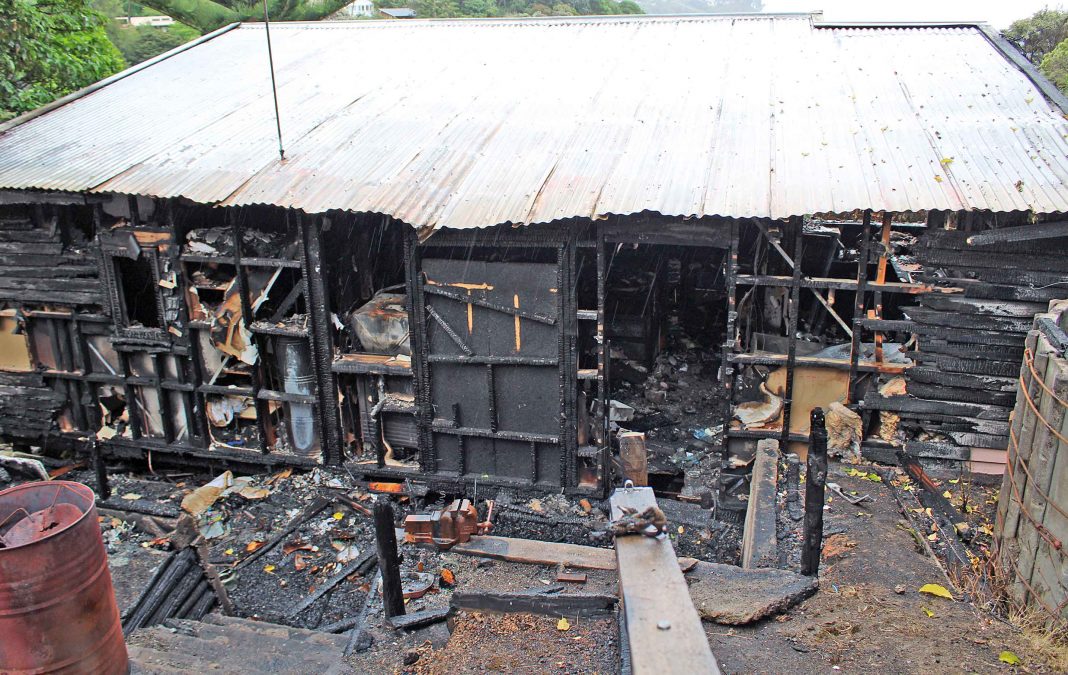 “I just heard this big bang and I thought ‘bugger, my house is falling in’.”

Sue Pawley was lying on her bed on Friday evening, thinking about her plans for Saturday, when she heard an explosion.

“I slithered off my bed onto my walking sticks and I walked around the corner, flames were coming towards me. I thought ‘far out’.”

The Hill Road resident says she considered her options – escape through the kitchen window or turn around and go back towards a ranchslider on the north side of her home, but that would be difficult with a bad leg. “I went for the kitchen window.”

Reliant on walking sticks for stability, Sue says she talked to herself the whole way, saying “don’t fall over, don’t fall over”.

“I kept walking to get to the window. I still had about six or seven steps to the corner and then to the window was another three steps.”

Waiheke Police Sergeant Raymond Matthews lives close to Sue and says he was already in bed after a long day when at around 9.15pm he heard the explosion.

Looking towards Sue’s house he saw a glow and heard someone yell ‘call the fire brigade’.

“I got dressed and put my jandals on and ran up my hill, up the road and down the hill to neighbours of Sue’s to get to her place. Graeme was already there.” • Erin Johnson