Waiheke Health Trust has a new general manager based at Ostend Medical Centre, Noori Zehab. She was previously a care facility manager with specialised aged and dementia care provider Northbridge Lifecare Trust in Northcote. Noori managed a team of 110 employees, including GPs, occupational therapists and physiotherapists, diversional therapists, and nurses.

After arriving in New Zealand as a refugee from her native Iran in 2000, Noori studied and completed degrees from Massey University in Psychology and Health Management while juggling a career. She has also been actively involved in volunteer work, including stints with Hospice and Feed the Homeless Auckland.

Her connection with the island began after taking a day trip across the Gulf, not long after arriving in Auckland at the start of the millennium. “I barely spoke English, and I took the ferry over – it was love at first sight,” says Noori. “To me, it really seemed like heaven on earth”.

Fast forward two decades, and Noori says she “jumped at the chance” when the general manager opportunity was advertised. She has spent the last seven weeks setting into the role and living off-island but has recently moved across permanently. 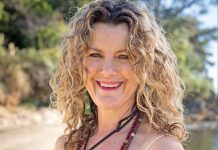 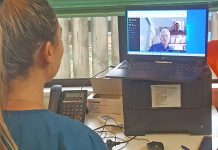 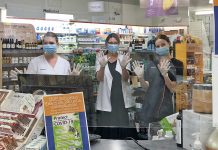