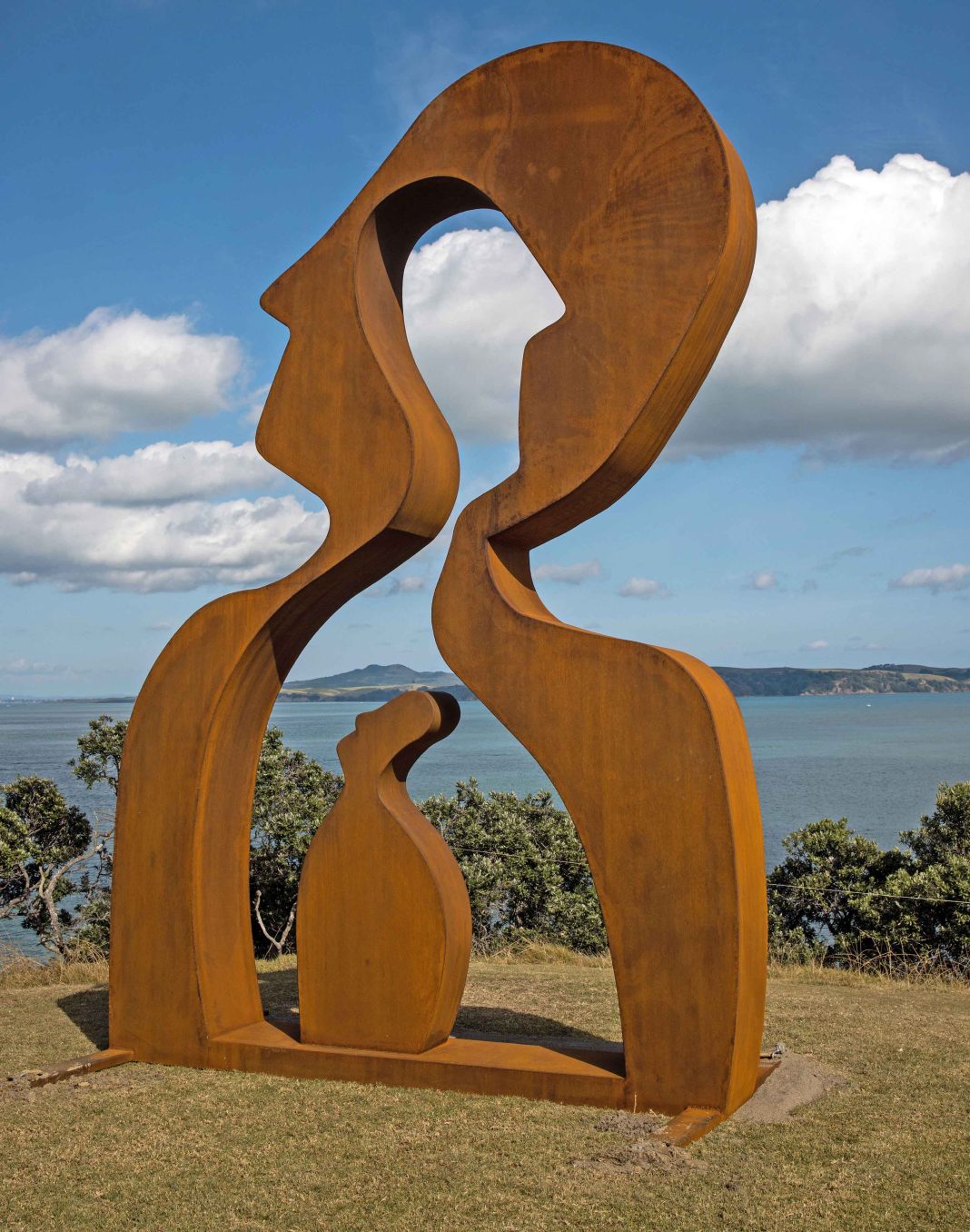 Jorge Wright’s work Head Within is the winner of the People’s Choice Award for Perpetual Guardian Sculpture On The Gulf 2022.

Jorge’s towering, five-metre Corten steel sculpture, Head Within, was his first outing in the exhibition that saw more than 16,000 visitors tread the Mātiatia headland path over a three-week period in March.

“I wanted people to get talking about mental health more openly and freely and remove the stigma.”

Jorge hopes people found their own message in the work and says he’s grateful for the response to it and all the love he’s received back from it.

The past few months have been surreal, he says, and winning People’s Choice is the cherry on top.

Jorge’s father, James Wright, took out the People’s Choice Award for Scultpure On The Gulf 2015 for his work Target.

Jorge says that growing up he’s been involved in his father’s sculpting and watched him aspire for years to get his work selected for Sculpture On The Gulf. “When he made it we were so proud of him.”

Jorge says that when he first started sculpting full-time himself around two years ago, he saw being accepted into Sculpture On The Gulf as the be-all and end-all achievement and to be named People’s Choice would have been “next level”. • Erin Johnson