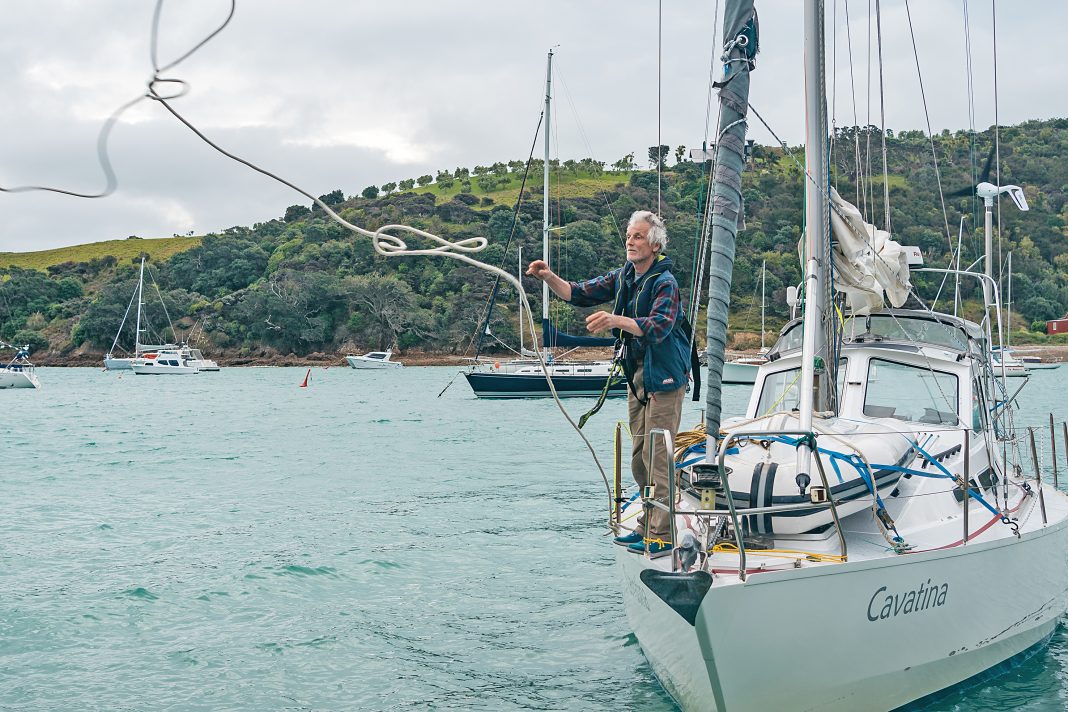 Waiheke Sailor Mike Delamore has returned from his epic one-month solo circumnavigation of New Zealand, raising awareness and more than $7000 for the Kate along the way.

Pulling into Matiatia last Wednesday under bare poles and with no diesel left in the tank, Mike was met with cheers and smiles from friends and family.

Clocking 2500 miles, punctuated by just two stops – Bluff and Milford Sound – the sailor says he is happy to be back on dry land having completed the challenge.

Departing during alert level 2.5, Mike’s adventure took social distancing to new lengths. He didn’t see another yacht on his voyage beyond the Gulf, only picking up signals from Sir Peter Blake’s Lion New Zealand on its return from Great Barrier Island carrying a group of Waiheke students.

Full story in the Gulf News this week