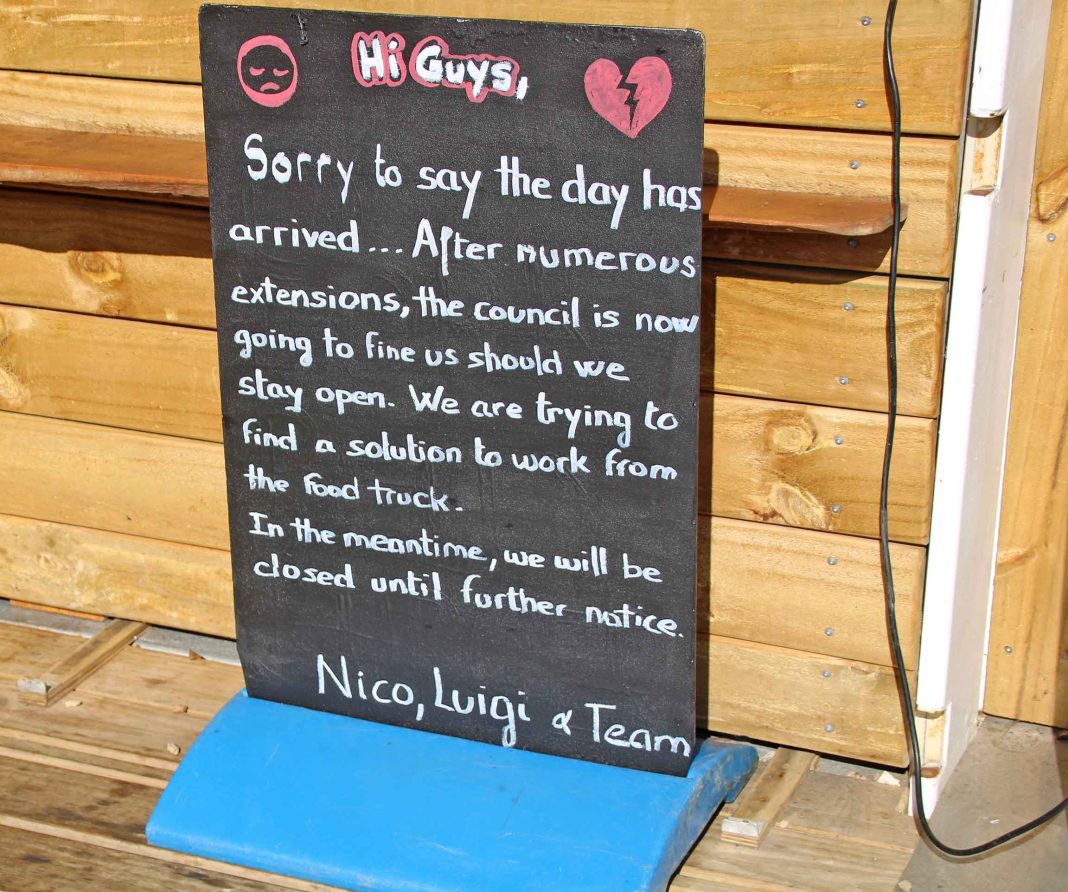 Popular Waiheke eatery Island Frenchie is returning to its roots as a food truck, after consent issues close down its prime new spot.

For almost a year, Island Frenchie owner Nico Fini has been operating at Ocean View Rd on borrowed time, racing against the clock to bring the customised shipping container that housed the eatery into compliance with building consent rules. Auckland Council granted several extensions, allowing Island Frenchie to remain open while the issue was sorted out. But last week, the council notified Nico the last extension was up and the business will be fined if it continues to open at the site.

The problem started last year, when Nico spent more than $100,000 outfitting the container to serve as a fixed café/stall. Because of its size, Nico thought it didn’t need consent, under an exemption for certain low-risk structures up to 30m2 introduced in 2020. However, because it was being used for commercial purposes in a commercial zone, Island Frenchie’s container did not qualify.
Nico says getting a retrospective consent has proven to be a frustrating nightmare.

“I just need one guy at the council to tell me ‘you need to do this, this and that to get your consent’ and I’ll do it. But that’s not how it works, they want me to just do it and then they’ll tell me if it complies.” Nico says the extensions were a welcome work-around to escape the Catch-22 Island Frenchie found itself in — it couldn’t operate without the consent and if no money was coming in the business would struggle to pay for the work needed to get the consent.

However, Nico faces several bottlenecks in the process that has dragged on for over 10 months already. “[So] it’s not looking good in the short-term. For example, I need to build a firewall but the material I’d need is not available in New Zealand at the moment.” And Nico understands it won’t be available until September at the earliest. • Paul Mitchell