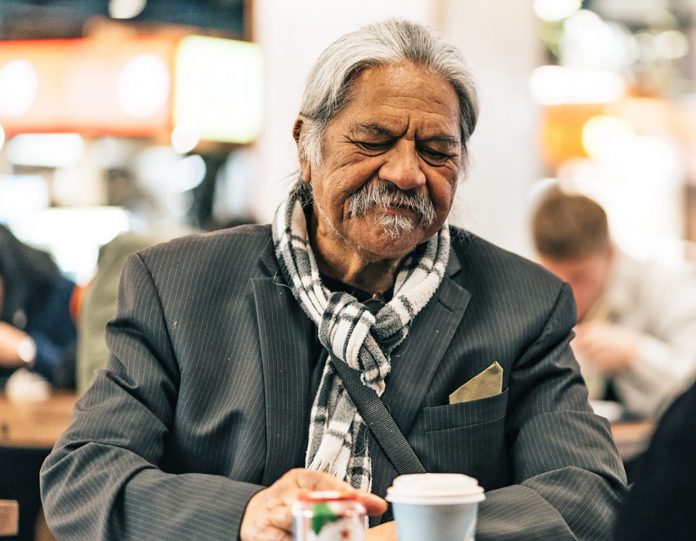 Waiheke continues to mourn following the death of Ngāti Pāoa elder George Kahi, while his iwi pledges to continue work on his legacy projects here.

A cultural champion, George had a vision for Waiheke and worked closely with a range of community groups, committees and organisations, earning respect from all quarters.

“George inspired a lot of people who will continue to carry the torch, the legacy, the work and passion for Ngāti Pāoa regarding Waiheke, the Hauraki Gulf and the North Shore,” said Mr Solomon.

“There are members of his own family and the Ngāti Pāoa Iwi Trust who will effectively continue the work, the passion and as such become the successors to George’s legacy for Waiheke, Hauraki Gulf and the North Shore.”

Mr Solomon said George was very industrious and “such a hard worker for his people”.

“He had over 45 projects on the go at any given time involving Waiheke alone,” he said.

“Mātiatia Bay was extremely important to him. It is the gateway/waharoa to Waiheke.”

George’s support for Ahipao at the old Harbourmaster’s building was just one example of his contribution to the development of Mātiatia.

This fed into three key aspects he worked tirelessly on, right up until his death.

“He wanted the reinterment of our tūpuna at Mātiatia to the urupā at Mokemoke Pā [headland to Mātiatia] for their final resting place, instead of being left scattered under asphalt or a car park. [This] showed real leadership and cultural responsiveness,” said Mr Solomon.•  Liza Hamilton