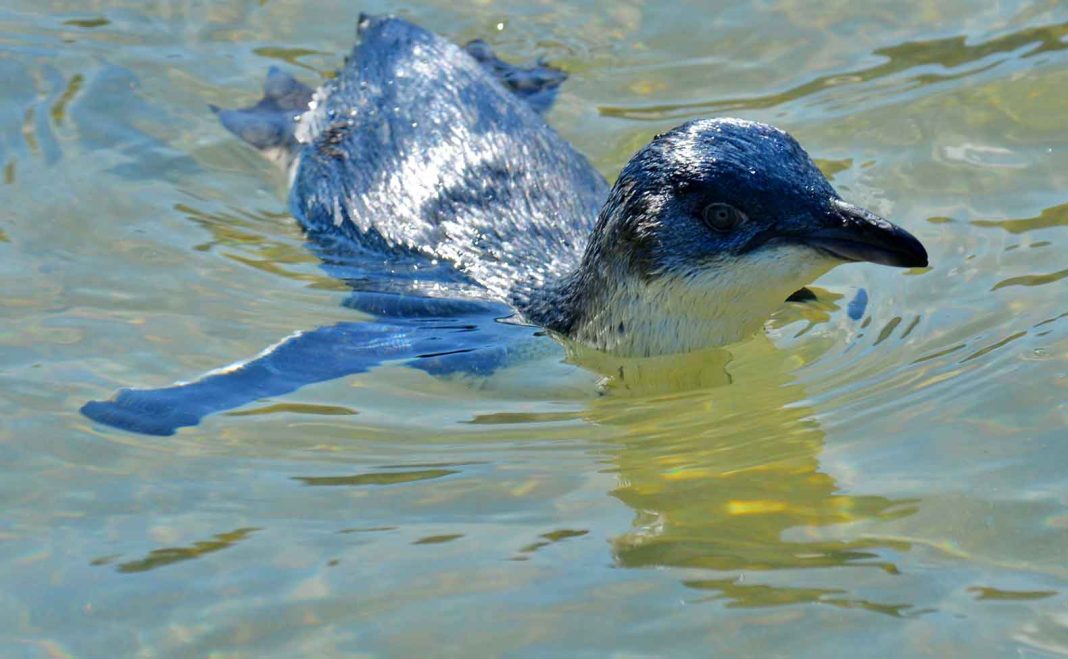 Injured, starving or sick little penguins from around the region are brought to the island to recover and regain their strength under the care of Karen Saunders and her team.

At the bird rescue centre, penguins like Socks, an extremely underweight juvenile who was brought to the island from Piha, spend weeks gaining weight on an anchovy-laden diet before they are ready to take part in the country’s first kororā soft release programme.

The programme reacclimatises kororā to the ocean and its surroundings. Every day the rehabilitated penguins are taken to a sheltered bay where they swim in an enclosure, taking in the sights and sounds of nearby beachgoers, cars, pets, and other wildlife.

Releasing the rehabilitated penguins is also a huge release for Karen.

“I can’t describe how much of a relief this is,” Karen told Gulf News at Sandy Bay last week as she watched Socks swim into the open ocean.

“This is very exciting, these are the last five penguins we have in our soft release programme. We’ve had so many releases this year. The process involves putting them in an enclosure on the coastline with nesting boxes. They spend time there acclimatising to the environment and we take them swimming every day. Then after a week, we open the enclosure and they leave when they’re ready.”

“We have become known in the region for what we’re doing, and we have penguins come from all over, as they take a tremendous amount of work.” • Sophie Boladeras