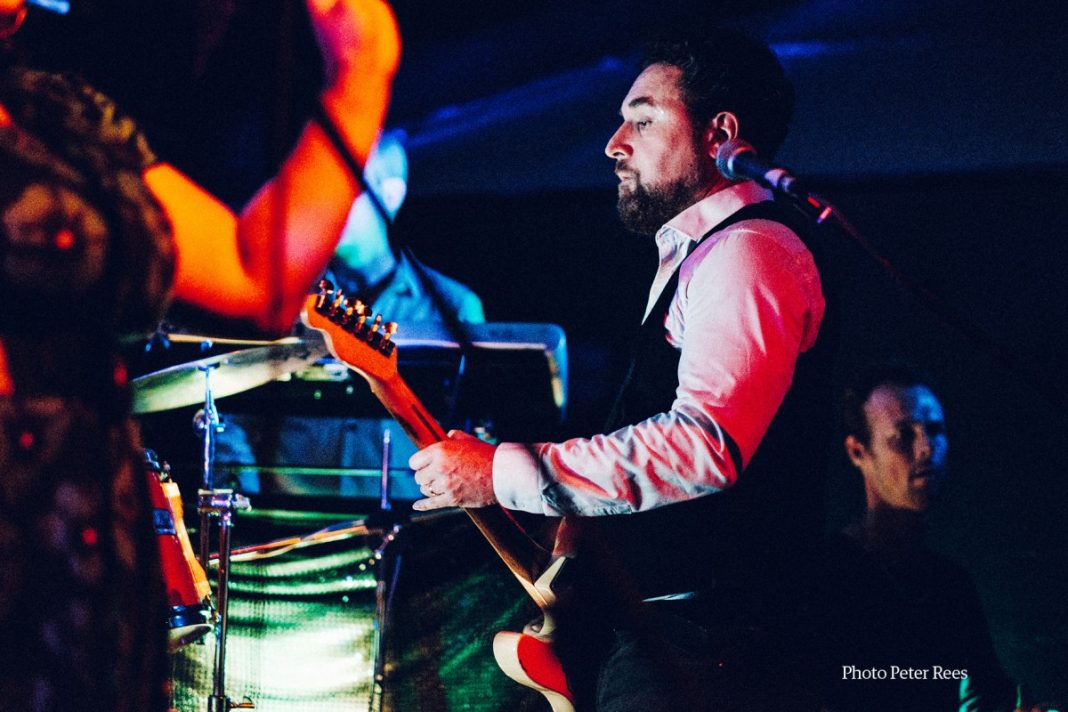 An album that traces the “dark places” in people’s lives is being released by Waiheke’s Solomon Cole Band tomorrow.
Guitarist and vocalist Solomon Cole says releasing their debut album, Bruises, is an exciting step for the band, which includes vocalist Sophia Faalogo, bassist Lee Catlin and drummer Dione Denize.
“We started two and a half years ago playing for fun at a Blackpool fair for kids and never intended to end up with our first album, shows in New Zealand and our first Australian tour in Sydney and Melbourne next year.
“We’ve come a long way from Blackpool fair,” says Solomon.
The band, which plays a powerful mix of blues, soul and folk music, will play at Peacock Sky Vineyard on Sunday 29 October from 1.30pm to 4.30pm as the first show on a tour including venues in Auckland, Raglan and Leigh.
The band has been working on the album since February and named it after a “dark, sonic track” called Bruises.
“It’s about the little ink blots we all know about, the dark stains that no-one talks about because they are in the past, so all that’s left are bruises,” says Solomon.
The songs also circle a fictional central character, reflecting Solomon’s love of Tom Waits.
The musicians from The Solomon Cole Band are involved in other Waiheke bands, including Waiheke International Soul Orchestra and Aaron Carpenter and the Revelators.
The band has supported Martha Davis and The Motels, opened New Zealand Fashion Week, headlined two nights at Okere Falls Beer Festival and played to many packed venues on Waiheke.
Bruises is being released via Aeroplane Music Records and will be available for purchase from iTunes, Bandcamp and www.thesolomoncoleband.com.
CDs and vinyl copies will be available at live shows. • Rose Davis