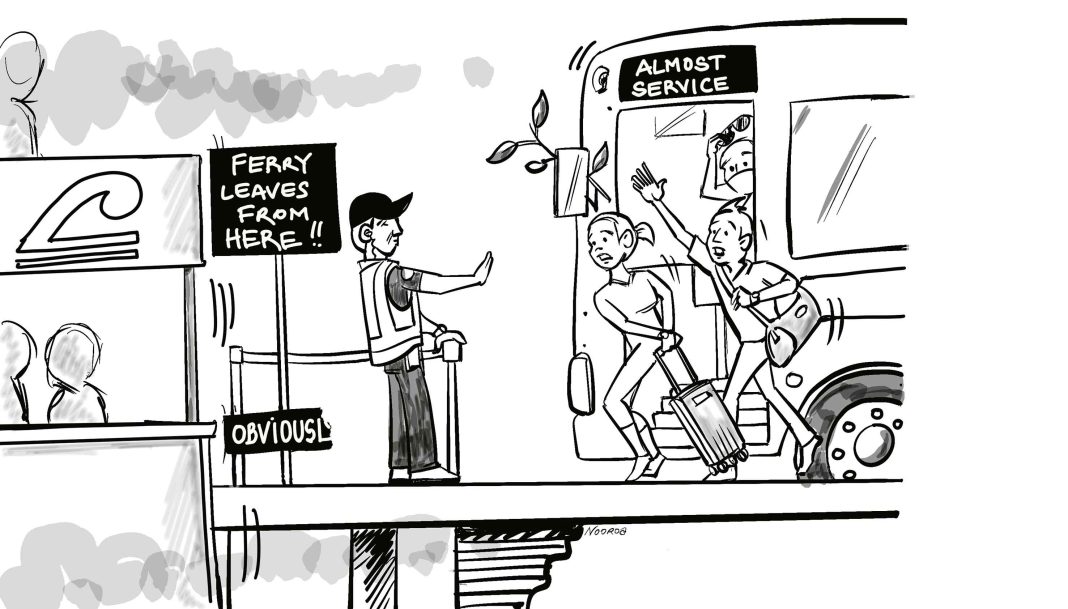 Waiheke’s ferry and bus operators say they will be keeping in close contact to prevent a repeat of an incident on Friday that left early morning bus passengers watching the 7am ferry depart after they were stopped from boarding.

Dr Greg Treadwell, a commuter for more than 16 years, was one of the passengers on the 50A bus that ran late. He says the bus arrived at the terminal right on 7am rather than the usual 6.50am.

Treadwell says he had watched the bus’s movement on the AT app while he waited for it in Ostend. “It was late from Onetangi onwards.” Once at Mātiatia, bus passengers ran for the ferry but a security guard stopped them boarding, he says.

“I don’t know to what extent they knew we were still coming but they made a choice not to let us on the ferry. We were running and it was 7.01am when we were stopped.”

Asked why bus passengers who were late through no fault of their own were not allowed to board the ferry, Fullers360 chief operations officer Paul Trotman says passengers were unable to board because “the ferry sailing had already commenced its departure processes before the bus arrived at Mātiatia.”

“We do our best to ensure bus and ferry timetables co-ordinate and the teams keep in close contact with one another to minimise disruptions where we can,” Trotman says.

Ferries Bus “We acknowledge the disruption to our customers is not to the usual standards we expect and apologise to the affected customers for the inconvenience caused. We will continue to focus on minimising bus disruptions as much as possible.” • Erin Johnson