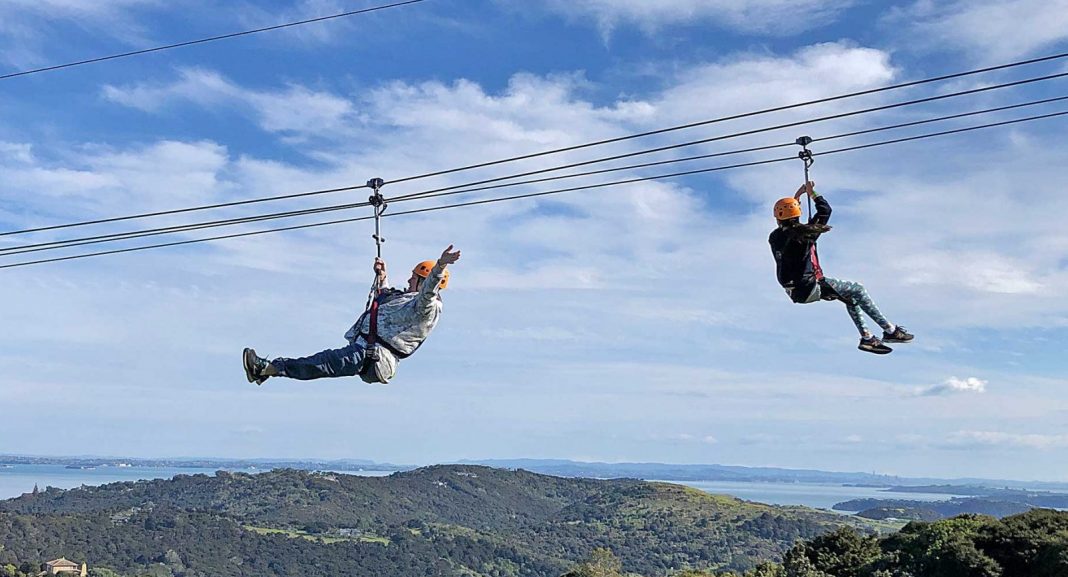 The day was a way of marking Waiheke’s support for the company, not just over the past year when international border closures resulted in a significant decrease in visitor numbers, but for all nine years the company has been in operation. It was held to raise funds for local charities, The Jassy Dean Trust Te Arai Roa Manaaki and Native Bird Rescue.

The charities had been nominated by the Waiheke community and received 100 percent of the day’s proceeds. EcoZip managing director and co-founder, Gavin Oliver, says the day was a buzz from start to finish.

“We couldn’t be happier with how Local’s Day went – the sun shone and there was plenty of laughter and a great atmosphere. It was wonderful to see so many groups of friends and families having fun and supporting the tremendous mahi done by three great causes.”

Gavin says the full spectrum of ages were covered –  the youngest zipper was five and the oldest was 94. There are a few final calculations to be made, but he says it looks like around $9000 was raised, so each charity will receive approximately $3000.

“It was a very special day for us at EcoZip. It was all about thanking the community, who have been incredibly supportive of us as a business, especially through Covid. I’m so proud of our EcoZip team, who worked tirelessly to enable as many locals as possible to zip, in fact it’s the highest number since the borders closed last year. We even had a couple of volunteers come in on Sunday, helping out behind the scenes – such great community spirit.” •