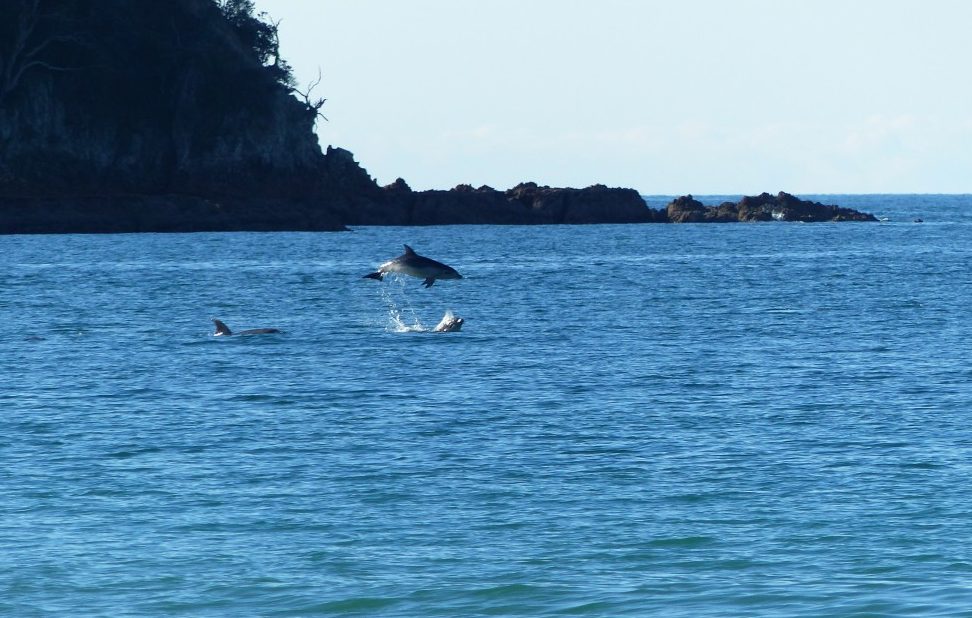 The week ended with some early spring sunshine and a visit to Oneroa Bay by a pod of about eight dolphins on Friday afternoon.
As word spread about the bottlenose dolphins’ visit, people flocked to the beach to watch the marine mammals as they swam circuits from one end of the bay to the other.
Each time the bottlenoses reached the western end of the bay, they thrilled onlookers and a kayaker as they arced out of the water.
Bottlenose pods are commonly made up of 10-30 members. They often work as a team to harvest fish schools and use echolocation to search for prey. They also use squeaks and whistles, as well as body language such as leaping from the water and slapping their tails on the water surface, to communicate. • Mark Peters